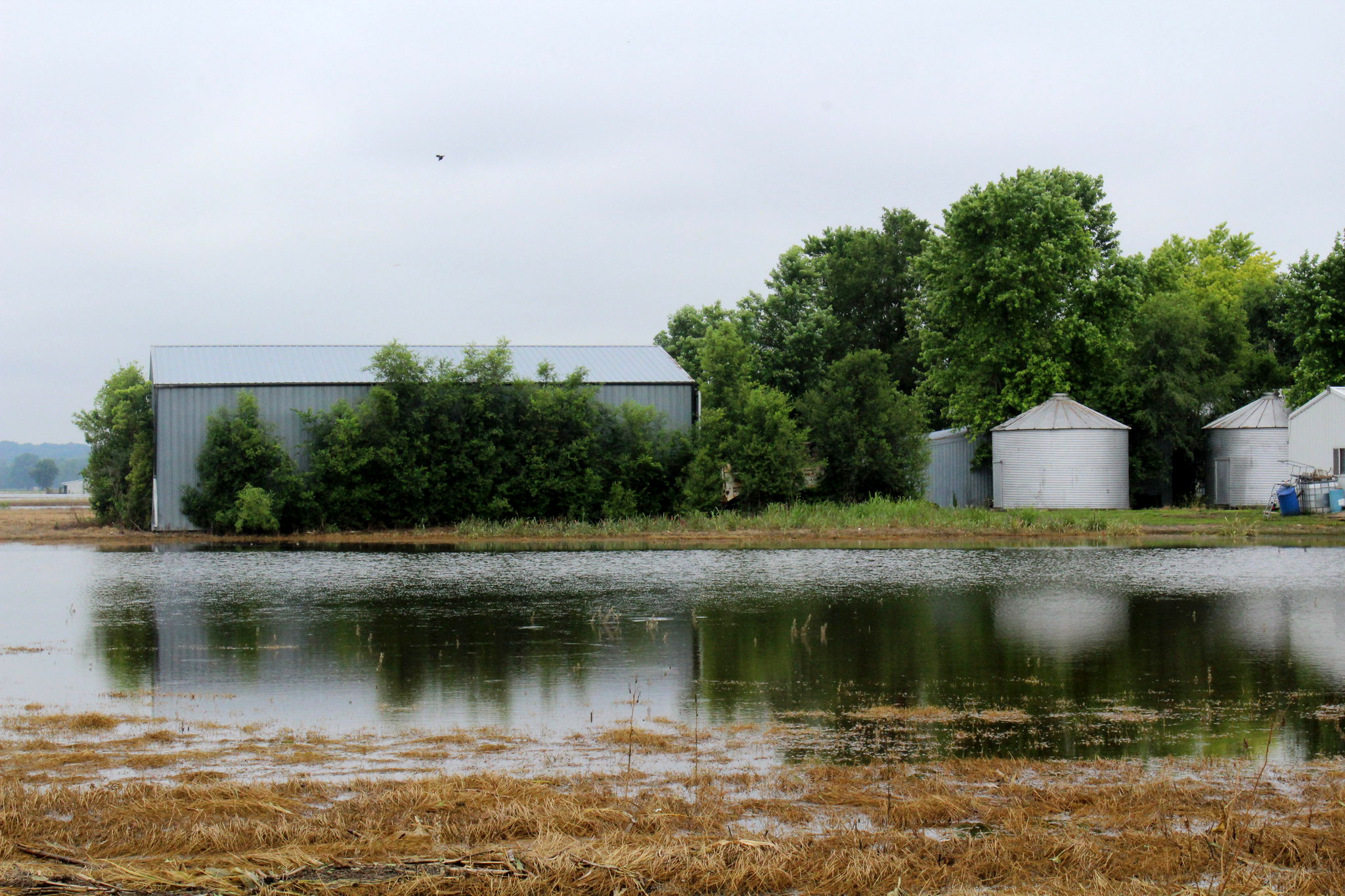 The National Weather Service uses the terms river flood, flash flood and areal flood for specific types of floods. “To the victims of flooding, definitions of their flood aren’t important,” Wiebold says. But understanding the types of floods can help you understand future warnings and the severity of the effects on agriculture, he says.

• River floods. A river flood occurs at a specific place on a river or large stream where a flood gauge is monitored. The rise can be slow and affected by upstream precipitation. NWS can usually predict river floods with reasonable accuracy several days in advance. Rivers might stay above flood stage for days or weeks.

• Areal floods. These result from more gradual and prolonged rains, with water collecting in low-lying areas.

Unfortunately, Missouri agriculture is seeing all three kinds of floods. While large areas of cropland may not experience what are technically defined as floods, ponding and waterlogged soils will affect crop growth and survival.

Both moving and standing water can damage farmland, crops and the livelihoods of farmers.

Moving water is often confined to relatively small land areas, but damage can be severe. Erosion may be the most harmful effect of moving water, removing all or part of the soil’s most productive layer. Moving water also can carry plant residues from fields. As water slows, soil and residues can cover vegetation and block drainage paths. Moving floodwaters can also break or lodge large plants.

The most harmful effect of standing water is to soil oxygen content. Water collects in soil pore space, depriving plant roots and beneficial soil microorganisms of oxygen. Plants, especially seedlings and young plants, will die within two or three days underwater. Late-planted soybean and replanted cornfields are at most risk. Plants with leaves and stems that extend above the water may survive longer, but all plants except rice will suffer damage if standing water lasts more than a few days.

Standing water also can result in physical and chemical changes in the soil, harming soil structure, cutting nitrogen content and reducing availability of mineral nutrients  such as magnesium, iron and sulfur to plants. Oxygen-starved roots may produce toxins such as ethanol and formaldehyde that can damage plant tissues.

“There is very little that farmers can do to reverse the damages from flood and standing water except be patient,” says Wiebold. After water drains from soil, at least some of the damage will reverse. Plant loss is permanent, but plants that survived will likely produce at least some yield.

In this 2019 file photo, flooding in crop fields leaves behind debris and submerged plants that may die or suffer yield damage. This year, abundant rainfall threatens late-planted crops in much of Missouri. Photo by Linda Geist.

In this 2019 file photo, flooding in crop fields leaves behind debris and submerged plants that may die or suffer yield damage. This year, abundant rainfall threatens late-planted crops in much of Missouri. Photo by Linda Geist.