More Missouri workers commuting to jobs outside their counties 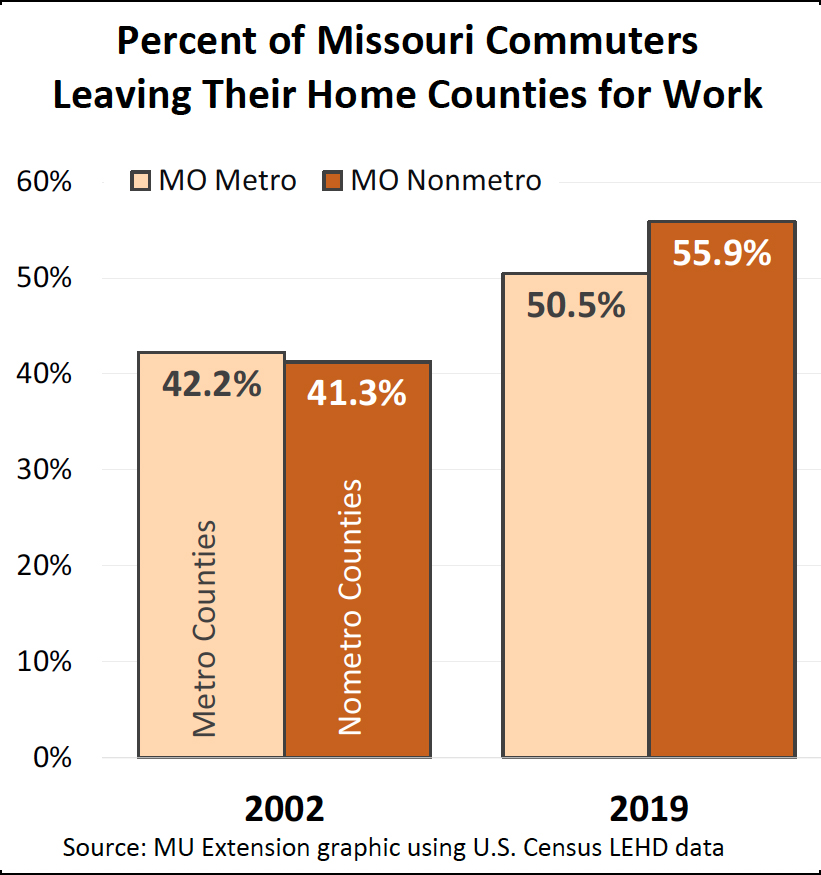 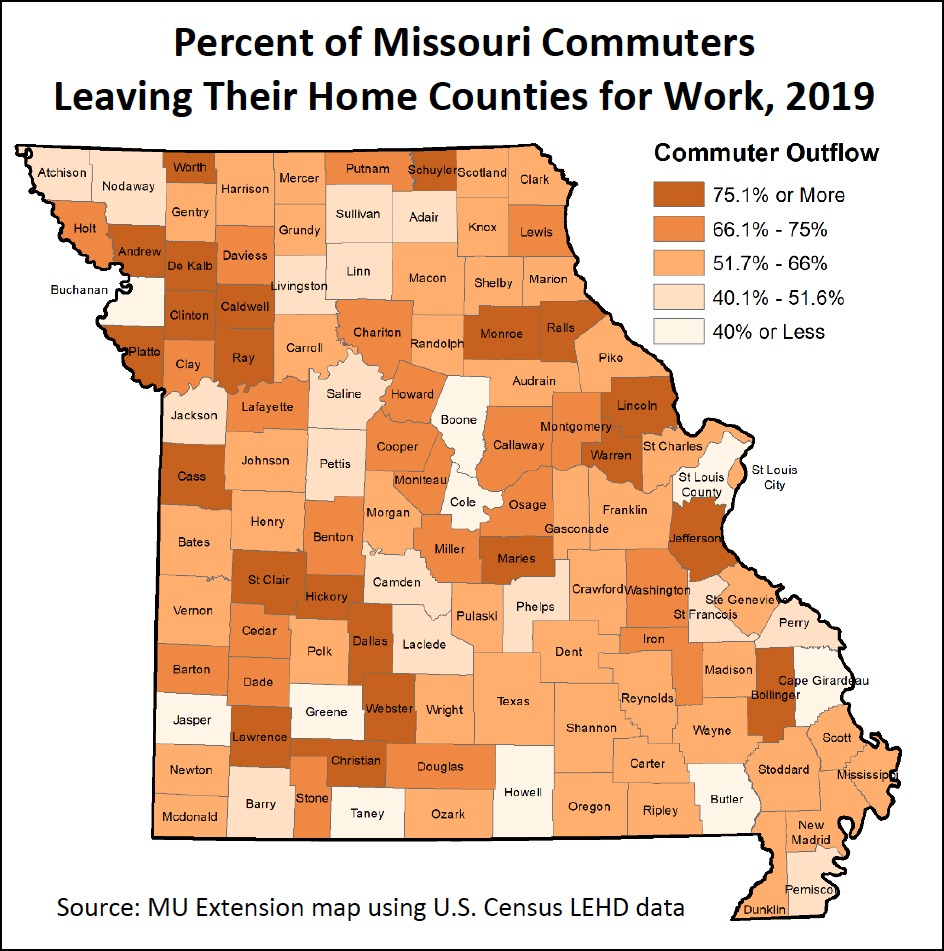 COLUMBIA, Mo. – While the past two years have fueled growth in remote work, most workers in Missouri still commute to their jobs. And some are opting for longer commutes: A new report from University of Missouri Extension shows that more workers in the state are commuting to jobs outside their home counties compared to 20 years ago.

According to the report, about four in 10 workers in Missouri worked outside their home counties in 2002. As of 2019, just over half of Missouri’s workers were “out-commuting” – crossing county lines to get to their jobs.

This increase is consistent with trends throughout the U.S., Spell says, though the growth of out-commuting in Missouri has outpaced the national average.

“Job opportunities have increasingly migrated to our towns and cities as businesses seek larger markets and labor pools,” he says. “Yet many people choose to live in more rural settings, so commuting becomes a part of their workday.”

For communities, businesses and employers, this trend demonstrates the importance of “thinking regionally,” according to Spell and Krohn.

“While city and county boundaries matter for governance, businesses don’t stop recruiting workers at the county line,” Spell says. “Companies are having a hard time filling open job positions. Community leaders who understand their regional worker flows can better support these firms. For example, if businesses across a region need skilled labor – nurses, welders, etc. – then communities can work together to promote these careers and engage with area training providers.”

Spell notes that it’s too soon to tell how the rise of remote work might affect commuting patterns, adding that remote work is an option only for a minority of workers. Remote work trends are examined in a December 2021 Missouri Economy Indicators brief from Exceed.