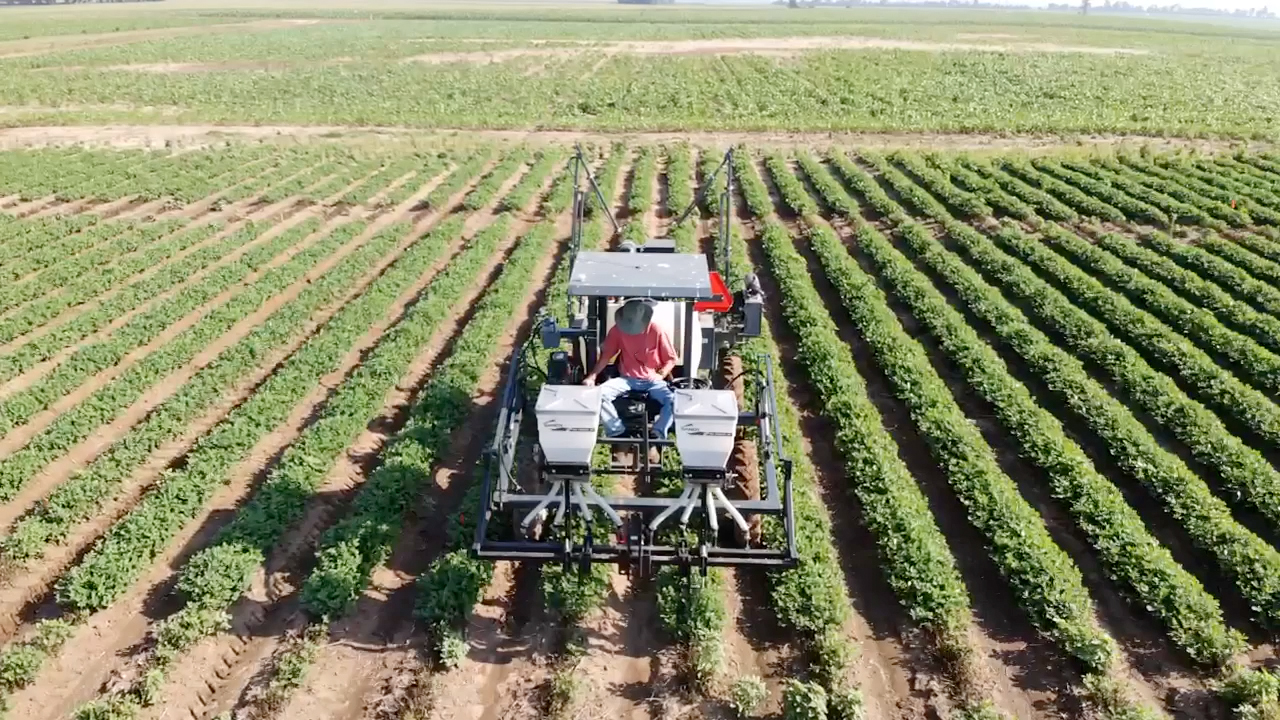 PORTAGEVILLE, Mo. – This is peanut harvest time in the Missouri Bootheel. Interest in the versatile legume has grown among Bootheel farmers since 2018, says University of Missouri Extension soils and cropping systems specialist Justin Calhoun.

Calhoun estimates there may be more than 15,000 acres of peanuts in the Bootheel region. Some of this new interest comes from the formation of the Missouri Peanut Growers Association, which has funded multiple projects this year to promote the state as a major peanut producer. Checkoff dollars fund research, including three projects that Calhoun oversees at MU’s Fisher Delta Research Center in Portageville.

In 2020, after the state maintained a three-year average peanut production of more than 10,000 tons, USDA designated Missouri a primary peanut-growing state under the Peanut Promotion, Research and Information Order administered by the National Peanut Board.

Traditionally, peanuts grow in the sandy soils of southern states of Georgia, Florida, the Carolinas and Texas. In recent years, interest has grown in Arkansas, Louisiana and Missouri. Most of Missouri’s peanuts end up in peanut butter jars.

Because peanuts grow in the soil, they require less water to produce than tree nuts. Bootheel farmers say they also receive a soil health benefit from peanuts, especially with cotton, another Bootheel region crop. Peanuts add nitrogen to the soil in rotation with other crops and require little in the way of inputs.

Peanuts have a relatively long growing season, taking 140-150 days to mature. Harvesting is a two-step process. First, a farmer drives a machine, called a digger, that pulls up the peanut plant, flips it upside down and sets it back down on the row to dry for several days. Another machine, called a shaker or picker, separates the peanut pods from the rest of the plant.

Peanuts can be a profitable cash crop in diversified operations, Calhoun says. As much as 8,000 pounds of peanuts can grow in one acre, but most fields average around 5,000 pounds.

Missouri is no stranger to the peanut industry. Missouri native George Washington Carver discovered more than 300 uses for peanuts, as well as hundreds more for soybean, pecans and sweet potatoes.

For information on growing peanuts in Missouri, contact Calhoun at [email protected] or 573-379-5431.