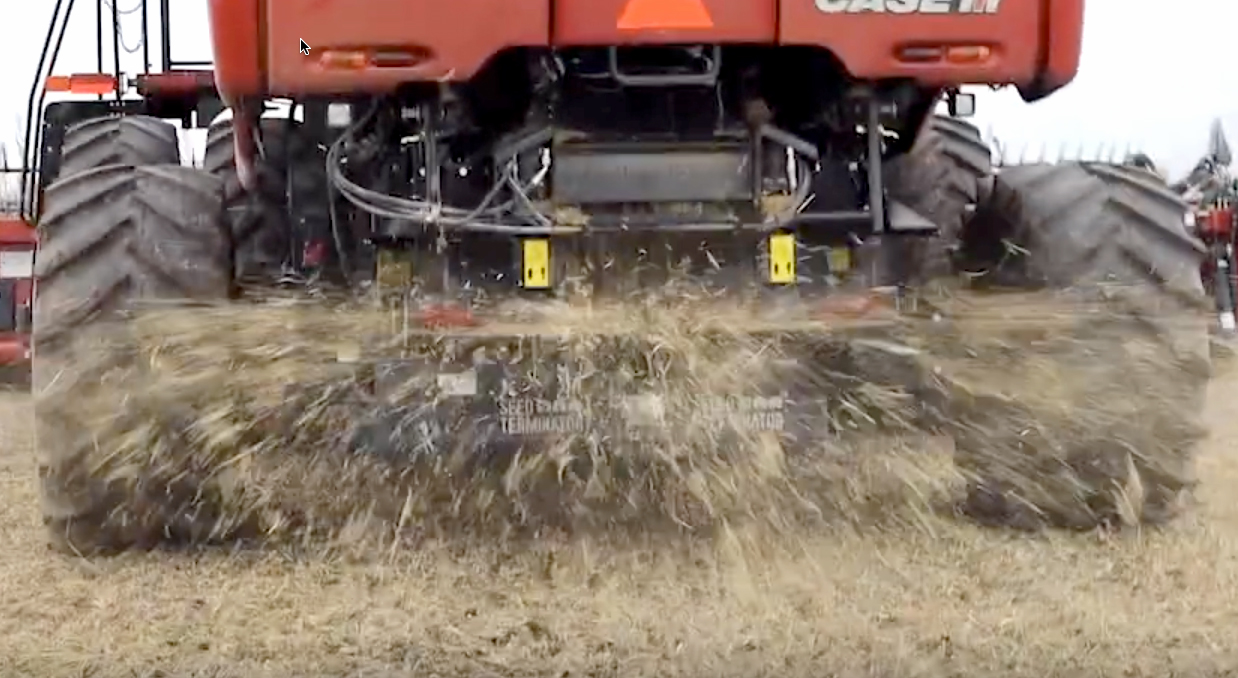 COLUMBIA, Mo. – In the 1984 film “The Terminator,” a robotic assassin played by Arnold Schwarzenegger warns, “I’ll be back.”

If waterhemp could talk, it might say the same thing. Waterhemp can’t be bargained with. It can’t be reasoned with. The prolific producer of seeds is the state’s No. 1 weed, robbing Missouri agriculture of millions of dollars each year.

But University of Missouri Extension weed scientist Kevin Bradley and his team of researchers are trying to make sure that weed seeds leaving combines don’t live to see another day. And one of soybean farmers’ best hopes may be the Seed Terminator, an Australian product that attaches to the rear of the combine. Created to reduce reliance on chemical weed control, the Seed Terminator uses a multistage hammer mill to crush incoming chaff and weed seed at 2,500 rpm.

In MU studies at five locations in 2019 and 2020, researchers found that the Seed Terminator damages 93.2% of the seed exiting the combine. The hammer mill pulverizes the seed enough to make it nonviable.

That’s the good news. However, some of the waterhemp seed never reaches the device. Bradley’s studies show that an average of 27.5% of seeds shatter at the combine header and go back into the soil. Another fraction exits at the grain tank. Only an average of 66.7% make it to the Seed Terminator.

MU’s research is part of a four-state effort to reduce the growing waterhemp population.

Learn more about the Seed Terminator at www.seedterminator.com.au.

https://extension.missouri.edu/media/wysiwyg/Extensiondata/NewsAdmin/Photos/2021/20210719-st-2.jpg
The Seed Terminator is an attachment that pulverizes weed seeds as they exit the combine. Photo by Mizzou Weed Science.

The Seed Terminator is an attachment that pulverizes weed seeds as they exit the combine. Photo by Mizzou Weed Science.

The Seed Terminator is an attachment that pulverizes weed seeds as they exit the combine. Photo by Mizzou Weed Science.