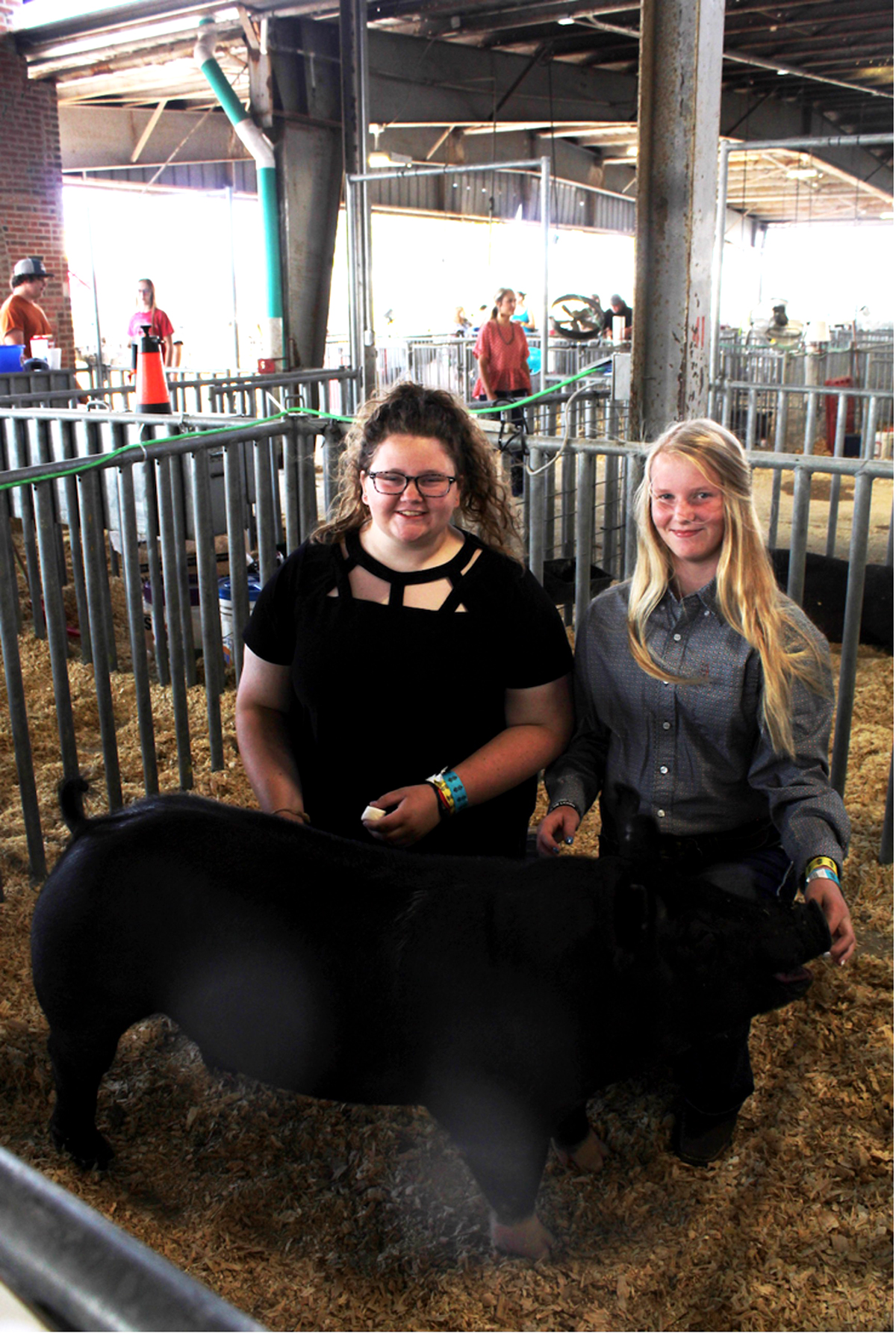 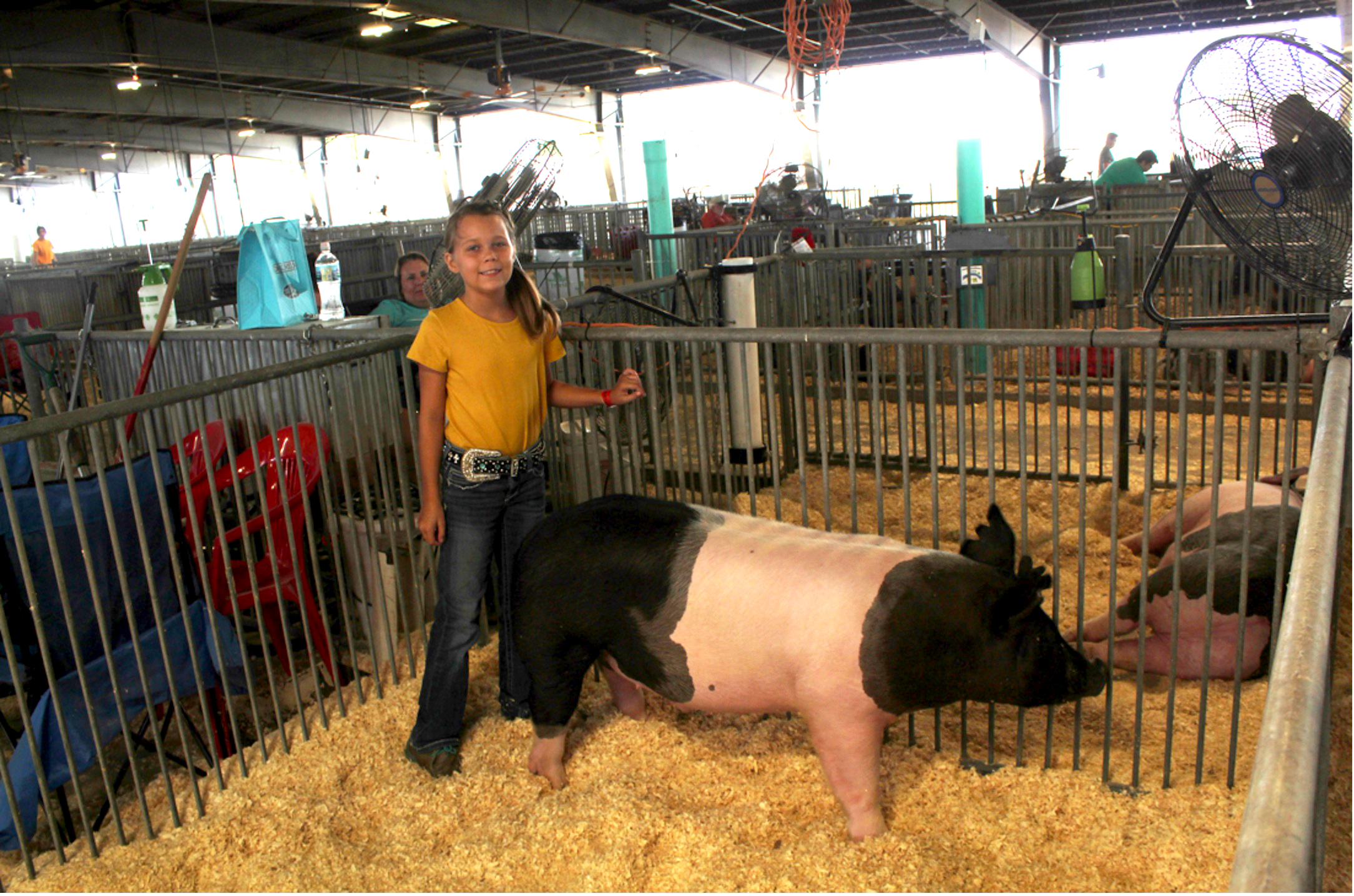 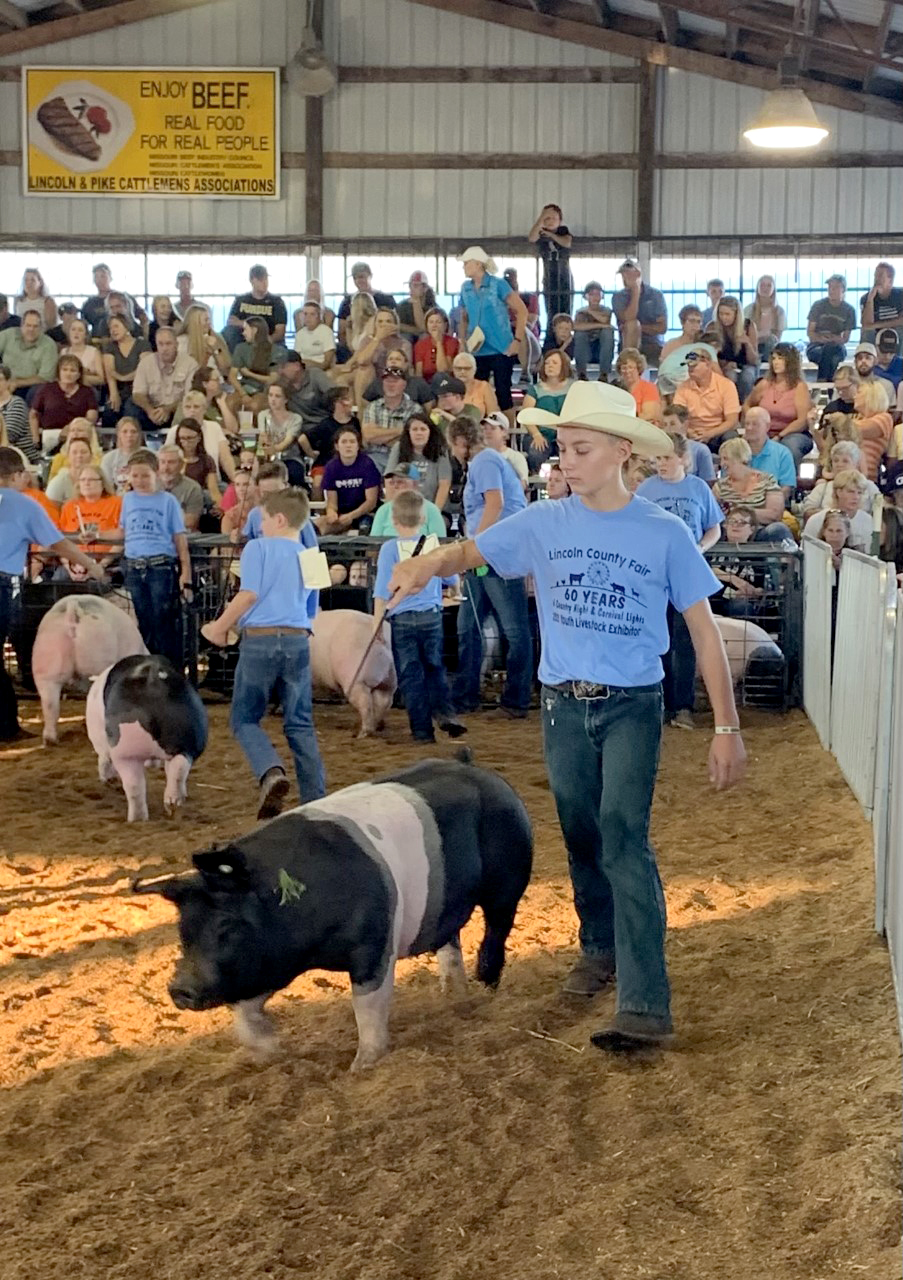 COLUMBIA, Mo. – This summer, Missouri 4-H youths raised more than 1,100 pounds of protein for Missourians in need by donating pigs at the 2021 Missouri State Fair. The pork contributed through Missouri Farmers Care’s Hogs for Hunger program will go on to provide 5,028 meals for food-insecure Missourians.

Hogs for Hunger, previously known as the Missouri Farmers Care Pork Partnership, is part of the Drive to Feed Kids, a yearlong fundraising campaign that dedicates proceeds to the Feeding Missouri statewide network of food banks.

“Over 10 years ago, the leadership in Missouri Farmers Care saw there was a gap between the hard work of our farmers and ranchers producing food year-round for consumers and what ended up on Missourians’ dinner tables,” said Ashley McCarty, executive director of the Missouri Farmers Care Foundation. “They felt called to fill in that gap on behalf of those who couldn’t do anything to change their situation. Out of that effort evolved the Drive to Feed Kids.”

This year, Hogs for Hunger expanded to connect Missouri 4-H and FFA members to the cause. Among those who donated were sisters Ella and Maci Johnson from Chillicothe.

“We were going to butcher the hog after showing him, so we decided to donate instead to help others,” said Maci, 15.

Ella, 17, nodded in agreement. “It was important to help those in need,” she said.

Missouri Farmers Care paid for processing and Feeding Missouri paid the youths 60 cents per pound live weight for the pig.

Maci has trained Hampshires and Durocs for Missouri State Fair shows, while Ella has trained Hampshires, Durocs and Spotteds. Each year, Ella and Maci look forward to meeting new people, traveling to new places and showing their pigs in competition. The sisters, who are members of the Chillicothe FFA chapter and the Show-Me 4-H Club of Livingston County, heard about the opportunity to donate from their agriculture teacher, Lance Martin.

“For 4-H members thinking about donating their hogs in the future, I’d tell them their hog is going toward a good cause: to help feed people,” Ella said. “So instead of getting a little bit of money out of it, why not donate and help other people in need?”

Fellow Livingston County 4-H member Madison Wolf, 10, trained a Hampshire and a crossbreed for the fair. When Madison’s dad, who also showed swine in his youth, told her about the opportunity to fight food insecurity, she pledged to donate both her show pigs after the fair. “I want to help people that need help,” said Madison, who has been showing for five years.

Levi Mense from Troy worked with a local processor to donate one of his Lincoln County Fair show hogs. Mense learned about Hogs for Hunger from his father, who heard about it on the radio.

“Donating a hog is a great way to help others in need,” he said. “My school helps with the St. Vincent de Paul Food Pantry, so I know there are many people that could use the meat.”

Mense trained a Hampshire and York cross for this year’s show. Getting his pigs, Johnny and June, ready for show was his favorite part of the training involved. He said a lot of time and hard work went into making sure his fourth year of showing was successful.

While the opportunity to provide a pig at this year’s Missouri State Fair has passed, people can still donate pork locally. The Missouri Farmers Care Foundation will reimburse farmers and exhibitors $1 per pound for processing costs.

“There are opportunities year-round for individuals to get involved,” said McCarty. “The need never ceases. It continues in all our communities. And ways to give can be found on the Missouri Farmers Care website (MoFarmersCare.com/drive). Any donation makes a difference in feeding our neighbors, our classmates and citizens across Missouri.”

Other Missouri 4-H donors included Clayton and Callie Jennings of Laddonia and Brayden Gast of Nevada.

https://extension.missouri.edu/media/wysiwyg/Extensiondata/NewsAdmin/Photos/2021/20210902-hfh-1.jpg
From left, Ella Johnson,17, and Maci Johnson, 15, with their pig Rufus.

https://extension.missouri.edu/media/wysiwyg/Extensiondata/NewsAdmin/Photos/2021/20210902-hfh-2.jpg
Levi Mense showing one of his pigs at the Lincoln County Fair in July 2021. Photo courtesy of Nancy Mense.

From left, Ella Johnson,17, and Maci Johnson, 15, with their pig Rufus.

From left, Ella Johnson,17, and Maci Johnson, 15, with their pig Rufus.

Madison Wolf, 10, with her Hampshire, Hampy.

Madison Wolf, 10, with her Hampshire, Hampy.

Levi Mense showing one of his pigs at the Lincoln County Fair in July 2021. Photo courtesy of Nancy Mense.

Levi Mense showing one of his pigs at the Lincoln County Fair in July 2021. Photo courtesy of Nancy Mense.