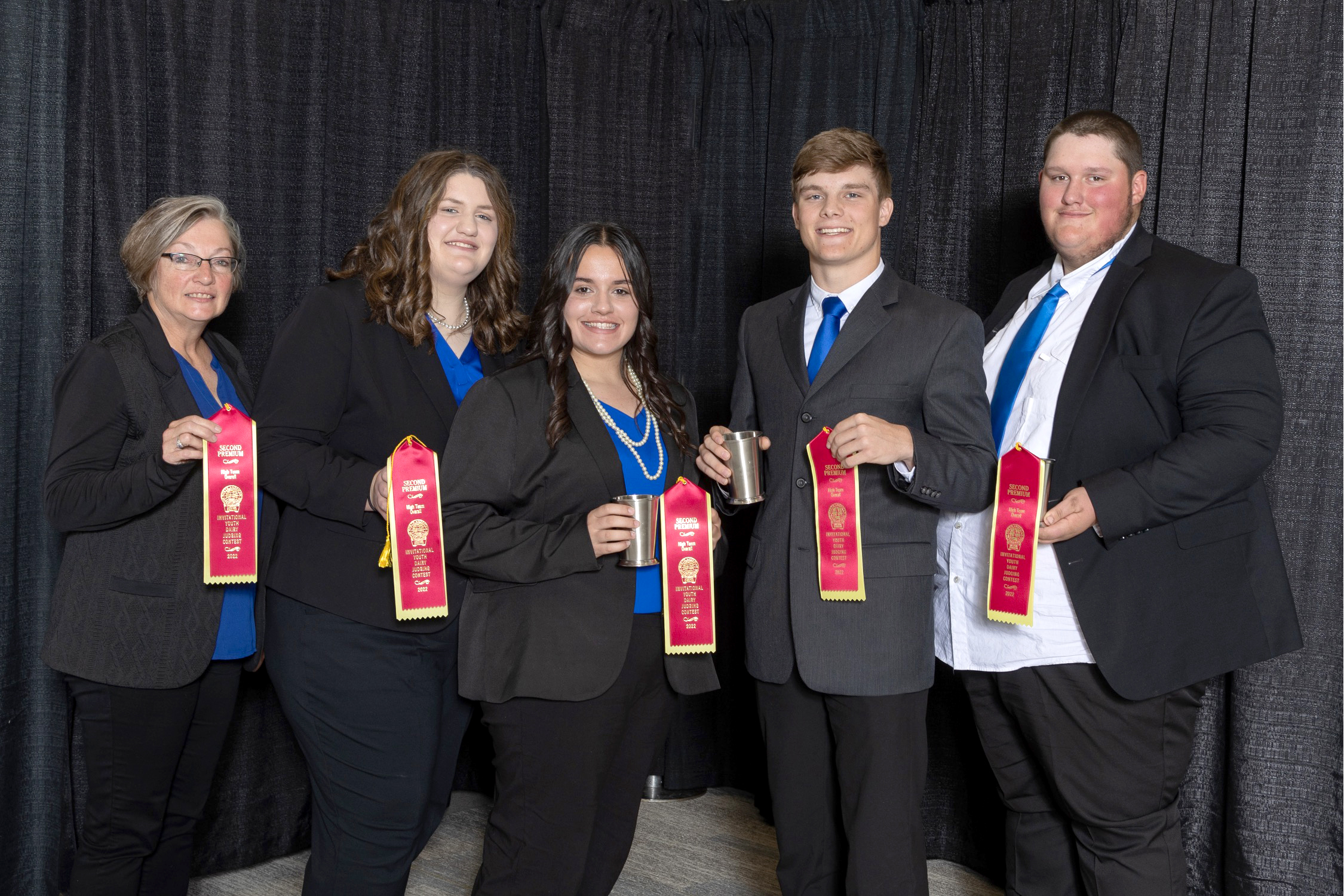 Logan Archer and Molly Archer, of Falcon; Case Melzer, of Harrisonville; and Libby Shaver, of Grovespring, competed for the first time as a team at the event, finishing just behind Minnesota. They were second in Ayrshires, fourth in Holsteins and seventh in Brown Swiss, Guernseys and Jerseys.

“This team was very consistent and placed very well, averaging 47 points on placings,” said team coach Karla Deaver, University of Missouri Extension 4-H youth development specialist. “We just need to work on our reasons and become more consistent there to move up the ranks.”

Logan Archer, son of Robert and Jamey Archer, was fourth high individual overall in the contest. “Logan was so consistent in his placings, averaging just over 48 points per class,” Deaver said. “That really helped him in the individual standings.” Libby Shaver, daughter of Shane and Denise Shaver, was sixth high individual overall. She was third in Guernseys and Holsteins. Molly Archer, daughter of Robert and Jamey Archer, was second in Ayrshires and finished in 21st place overall. Case Melzer, son of Matt and Kelly Melzer, finished in 22nd place overall.

“This team will continue to work throughout the next 11 months in preparation for the major fall contests in Harrisburg (Pennsylvania) and Madison (Wisconsin) next fall,” Deaver said. “We know what we need to work on and what we want to accomplish. Our practices and contests will all help us focus on our overall team goals.”