Longtime veterinary clinic got its start with MU Extension's help 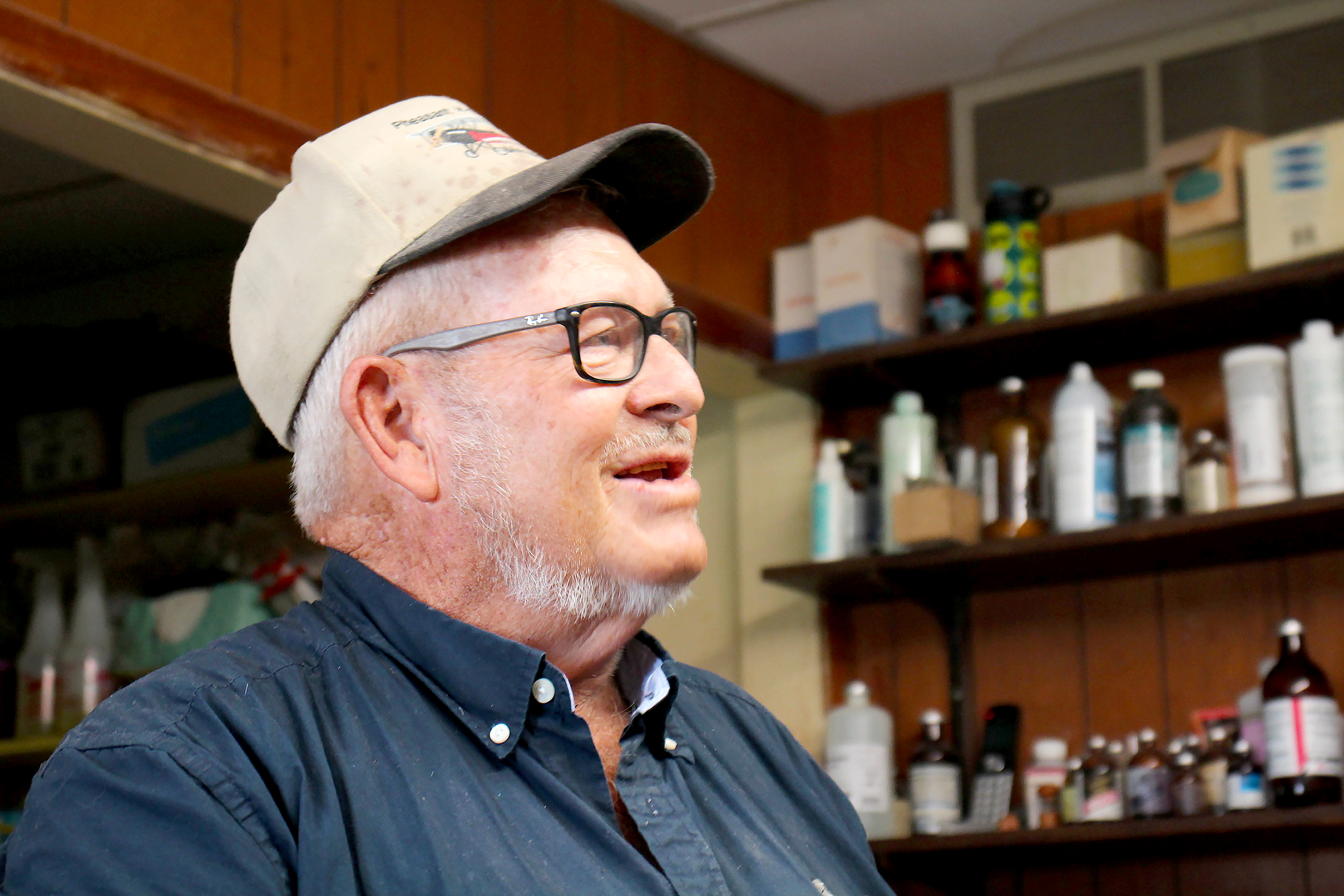 That was the case in 1965 when a banker told a new graduate of the University of Missouri School of Veterinary Medicine that he did not think there was enough business to support the $1,500 note for a veterinary clinic in Scotland County.

That news did not stop the local MU Extension agent. He organized a group of about a dozen farmers to meet with Larry Wiggins at the local extension office. They begged him to set up shop in Memphis, Mo., to tend to their animals’ needs.

A veterinary doctor in a neighboring county called to echo their plea. “I want you to get down here. They’re about to run me to death,” he told Wiggins.

“Doc” Wiggins graduated June 9, 1965. He opened Scotland County Vet Clinic the next day and had three calls. Business never slowed. Now near 80, Wiggins still works long hours after tending his own cattle, a team of oxen and dogs.

He would like to bring someone into the practice to help, but most new graduates move to city practices where they earn more money to pay off student debt.

Wiggins attended a one-room schoolhouse and earned top honors in his eighth-grade graduating class of one person. There were 17 students in his high school class. He was the first person in his family to graduate from college.

More than five decades later, Wiggins says he never faces a slow day. Recently, in a single day he treated a white rat with a tumor, a rabbit with an infected eye, and garden-variety dogs, cats and cows. Northeastern Missouri’s large dog-breeding industry keeps him hopping with as many as 50 health checks each week. There is also an occasional monkey, salamander and snake to keep things lively.

He does not accept credit or debit cards for payment. His bookkeeper of 42 years sends out handwritten statements as needed. The office is a throwback to simpler times where refrigerators serves as bulletin boards for newspaper clippings about local 4-H and FFA members. Doc gives free health checks for all fair animals and is a loyal buyer at 4-H livestock sales.

MU Extension field specialist in livestock Zac Erwin says Doc’s commitment to youth in agriculture is a small part of what earned him the Missouri Livestock Symposium’s Livestock Person of the Year award in 2015.

Doc greets customers by their first names. He still bills customers by hand, but a digital X-ray machine is an example of his commitment to keep current. He sees no time to slow down.

He is confident that the loan officer was wrong about the need for his services.

Learn more about the Missouri Livestock Symposium at www.missourilivestock.com.

https://extension.missouri.edu/media/wysiwyg/Extensiondata/NewsAdmin/Photos/2019/wiggins8816.jpg
Larry 'Doc' Wiggins, who began his veterinary clinic 54 years ago with support from farmers organized by University of Missouri Extension, continues to work long hours. He was the Missouri Livestock Symposium's Person of the Year in 2015. Photo by Linda Geist.

Larry 'Doc' Wiggins, who began his veterinary clinic 54 years ago with support from farmers organized by University of Missouri Extension, continues to work long hours. He was a Missouri Livestock Symposium Person of the Year in 2015. Photo by Linda Geist

Larry 'Doc' Wiggins, who began his veterinary clinic 54 years ago with support from farmers organized by University of Missouri Extension, continues to work long hours. He was a Missouri Livestock Symposium Person of the Year in 2015. Photo by Linda Geist