Heirloom apples are ripe for the picking 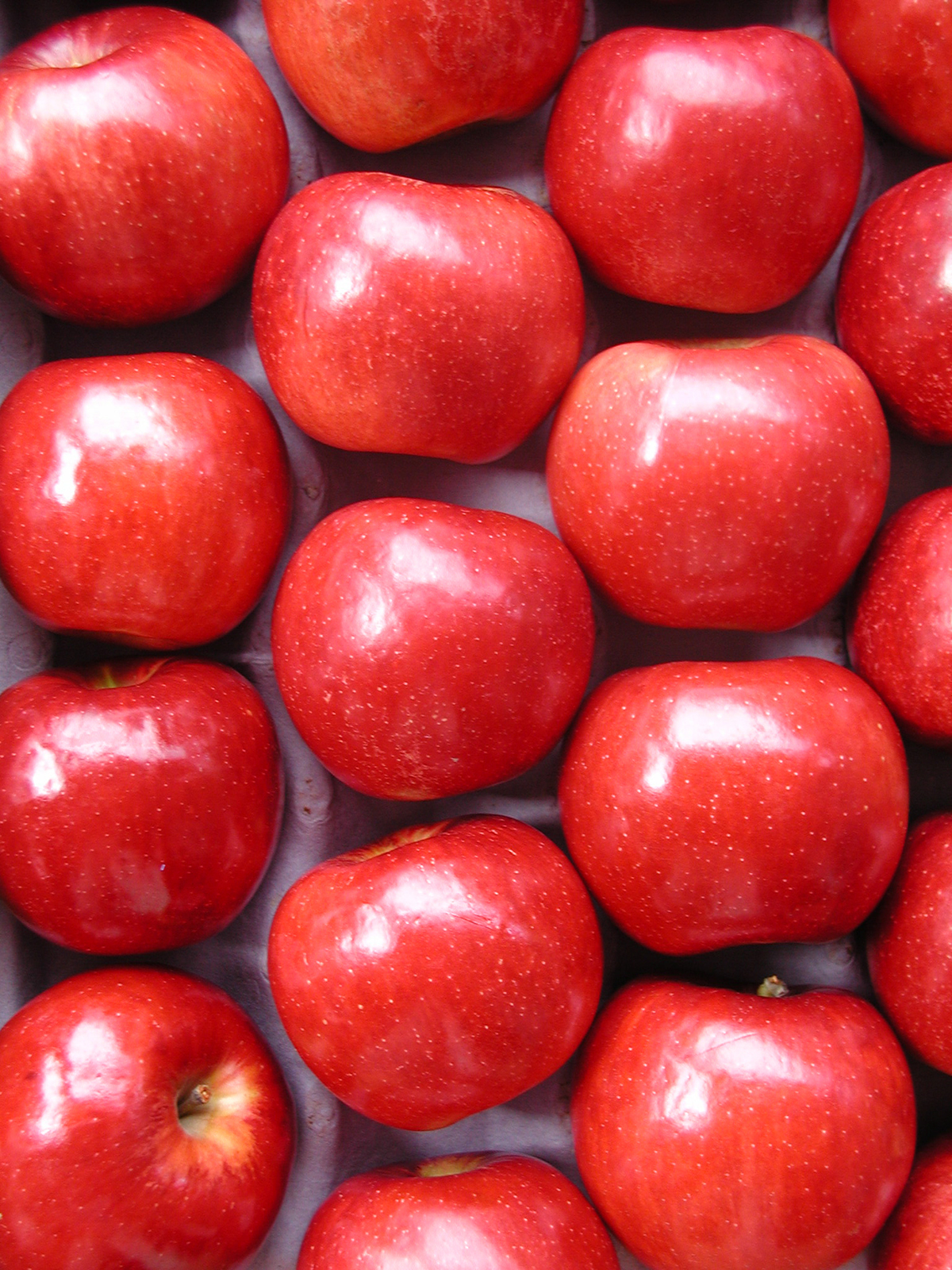 Not only are new cultivars available in stores during September, but many heirloom apple cultivars are at their peak in farm markets and U-pick operations, says Michele Warmund, University of Missouri Extension horticulturist.

Some of the heirloom apples – grown for 50 to more than 100 years – available in September include Jonathan, Red Delicious, Golden Delicious and Empire. Time of harvest depends on the weather. Daytime temperatures at or above 90 F can accelerate ripening by as much as two weeks while cool, cloudy days delay harvest.

Warmund says each heirloom apple has its own unique history, taste, color and uses.

Jonathan is a tart, juicy, medium-sized red apple. It ripens in late August to early September. With its relatively short storage life, Jonathan is best eaten before December, even when refrigerated.

The Jonathan apple tree is believed to have been an open-pollinated seedling of the Esopus Spitzenberg apple. First described in 1826 by Judge Jesse Buel in an article for the New York Horticultural Society, Jonathan gets its name from Jonathan Hasbrouck, who brought the apple to Buel’s attention.

By the mid-19th century, Jonathan was one of the most commonly produced apples in the eastern U.S. Stark Bro’s Nurseries & Orchards Co. in Louisiana, Missouri, promoted it as the “Queen’s Favorite” in its 1896 catalog, noting that Queen Victoria “had a carload sent over for the royal table.”

Jonathan has been used as a breeding parent to develop many other apples. Although the original Jonathan clone has disappeared from nursery catalogs, the improved strains remain a Midwestern favorite.

The infamous Red Delicious apple was submitted to Stark Bro’s First International New Fruit Show, in 1893. The show was designed to find better-tasting alternatives to the Ben Davis apple widely grown in the Midwest. After biting into an oddly elongated red apple with stripes and five prominent calyx lobes, Clarence Stark proclaimed, “Delicious! That will be its name. Who sent them?”

A frantic search failed to find the entry card with submission information. Undaunted, Stark sent letters to each entrant, inviting them to send fruit next year. Once again, Jesse Hiatt sent his sweet, oddly shaped apple he called Hawkeye to the 1894 Fruit Show, where it won first prize. Soon thereafter, Stark Bro’s purchased the rights to what would become the Stark Delicious apple.

The Stark brothers were ecstatic about the apple, but others were not so impressed because it lacked the preferred round shape. To promote this new apple, Stark Bro’s included 10 free trees with each large order. Subsequently, Red Delicious became one of the most important cultivars grown worldwide.

Another important Stark Bro’s acquisition was the Golden Delicious. In 1912, A.H. Mullins sent Stark Bro’s three yellow apples with a long storage life in his cellar. Lloyd and Paul Stark Sr. were so excited by this discovery that Paul pursued the “golden apple” to a remote point on Porter’s Creek in West Virginia. Stark Bro’s bought the rights to Mullins’ tree and the 90 square feet around it for $5,000.

Golden Delicious gained high praise from pomologists and growers across the United States. Like Jonathan and Red Delicious, the original Golden Delicious is a progenitor of many other strains and popular cultivars, including the Gala apple.

Empire is a mildly tart, medium-sized red apple distinguished by the naturally occurring whitish wax on its surface. The original McIntosh x Red Delicious cross was produced at the New York State Agricultural Experiment Station in the 1940s. The resulting cultivar was named Empire in recognition of the Empire State of New York. Due to their McIntosh parentage, Empire apples are best eaten soon after harvest in mid-to-late September and can be stored in the refrigerator for up to three months.