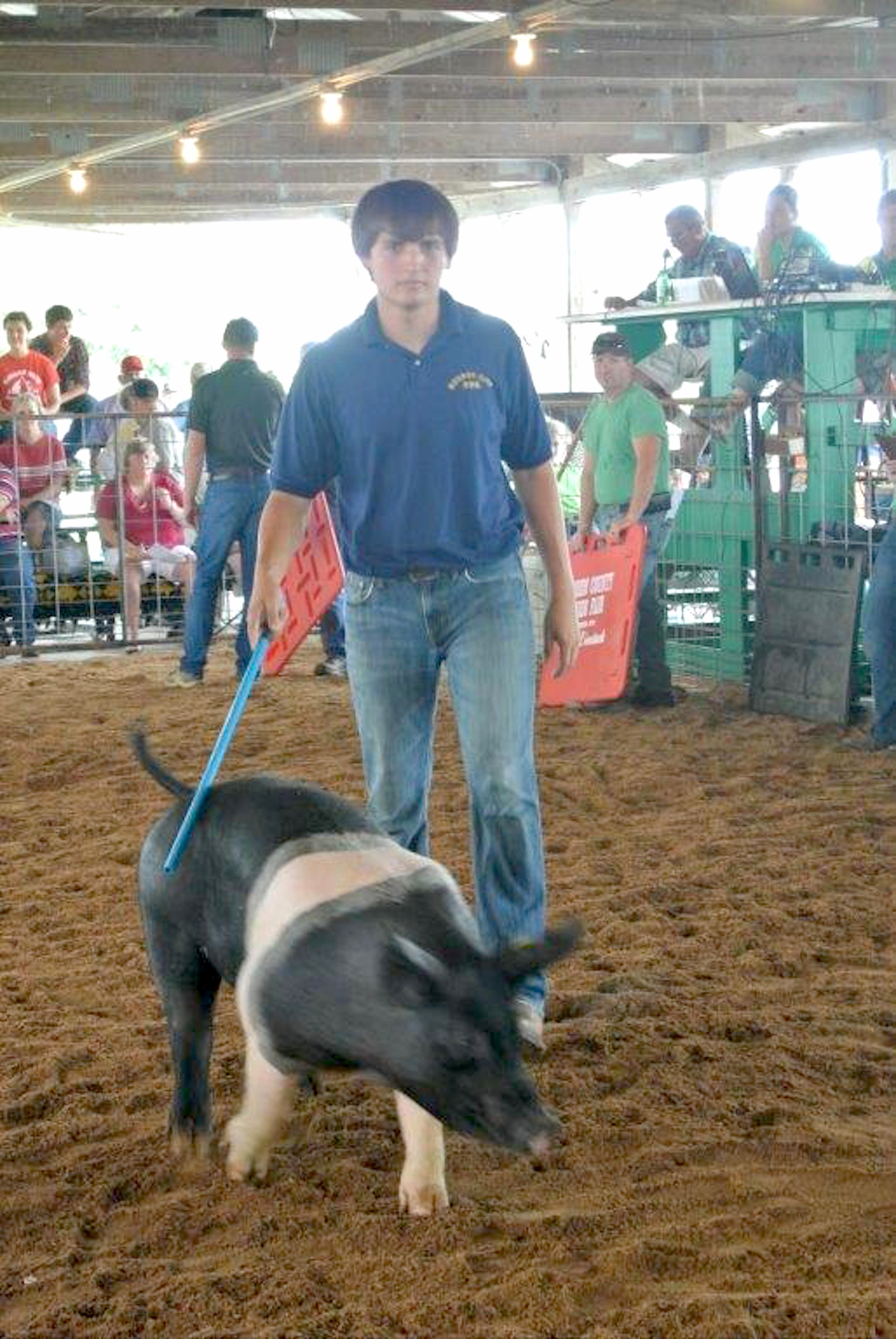 COLUMBIA, Mo. – It is almost harvest time on the Gottman farms in rural northeastern Missouri. Trees blushed with shades of scarlet, saffron and sage edge mouse-brown soybean fields. The air is crisp; the sky a palette of blues.

From the combine cab, Tim Gottman will remember his gentle-hearted son’s birthday on Sept. 27. Toby would have been 22, likely ready to take his place on the farm where five generations of his family tilled the land.

Toby died of suicide on May 11, 2016, at the farm. He was a member of FFA and 4-H, a multi-sport athlete and an active church member. His junior year was coming to a close.

Toby’s death left his family and the community grieving and grappling for explanations.

However, there are no clear-cut explanations for suicide, says Karen Funkenbusch, University of Missouri Extension health and safety specialist.

During September, National Suicide Awareness Month, she cites a new study from the journal JAMA Pediatrics that shows that young people in rural areas kill themselves at twice the rate of youths in urban areas. The gap grew significantly from 1996 to 2010. In rural communities there is less access to mental health services and more stigma attached to seeking those services, says Funkenbusch. Easier access to guns, used by half of the young people studied in the JAMA Pediatrics study, also may be a factor.

Toby Gottman was born on a Sunday, and his given name means “God is good.” Early on, he loved anything with wheels: tractors, four-wheelers, dirt bikes and his stick shift pickup, called “The Pile.”

Describing him as “laid back, easygoing and goofy,” his friends and family showered him with love. “He was a cool kid,” says his mother, Lennie.

However, depression brewed beneath that “cool kid” exterior. He began to withdraw, often retreating to his room to play video games and engage in social media. He tested positive for marijuana use and showed signs of fatigue. There were the usual teen struggles such as grades and girls.

His parents took him to a new general practitioner who prescribed an antidepressant. His mother questioned its side effects but was reassured. Although thoughts of suicide are sometimes a side effect of antidepressants, Toby showed no symptoms at follow-up visits.

His last visit was April 11, 2016, exactly one month before he took his own life. His parents believe the antidepressants contributed to Toby’s suicide. They also feel that social media use fuels depression.

Lennie says she now knows that Toby showed common warning signs of suicidal tendencies. She and Tim had chalked them up as typical teen moodiness.

“We didn’t want to think about suicide,” Lennie says. “If we heard about it, we wanted to put it out of our mind as quickly as possible. I wish we had taken all the signs seriously. We didn’t believe that would happen in our family.”

They ask that those contemplating suicide consider their friends and loved ones. “Suicide is not a problem-solver,” she says. “It is a problem-creator for those of us left behind.”

For the survivors, some days bring more piercing pain than others. Graduation day. Holidays. Family get-togethers. All are reminders of their loss. “It’s hard to be around everyone going about life as usual while we’re quietly hurting,” Lennie says. “It has been easier to stay away. We’re making new traditions.”

They say they rely on their faith and hope and often refer to MentalHealthFirstAid.org, a website from the National Council for Behavioral Health and the Missouri Department of Mental Health that tells how to recognize and respond to signs of mental health and substance abuse issues.

According to the Missouri Department of Mental Health, more than 1,200 Missourians died of suicide in 2018. It is the second-leading cause of death, after car accidents, in 18-34-year-olds. However, suicidal thoughts can affect anyone regardless of age, gender or background, says Funkenbusch.

One in six high school students and one in five college students seriously consider suicide. About 80% of those who die by suicide are male, and 60% of suicides involve a firearm.

Here are some warning signs of suicidal tendencies from “Growing Stress on the Farm,” a recent report on the expanding economic and mental health disparities in rural Missouri:

• Talking about feeling hopeless or having no purpose.

• Talking about feeling trapped or in unbearable pain.

• Talking about being a burden to others.

• Increasing the use of alcohol or drugs.

• Sleeping too little or too much.

What to do if you see these signs:

• Do not leave the person alone.

• Remove firearms, alcohol, drugs or sharp objects that could be used in a suicide attempt.

• Take the person to an emergency room or seek help from a medical or mental health professional.

https://extension.missouri.edu/media/wysiwyg/Extensiondata/NewsAdmin/Photos/2020/20200922-gottman-1.jpg
The late Toby Gottman was active in FFA, 4-H, church and sports before his suicide. September is National Suicide Prevention Month. Photo courtesy of Tim and Lennie Gottman.

https://extension.missouri.edu/media/wysiwyg/Extensiondata/NewsAdmin/Photos/2020/20200922-gottman-2.jpg
Tim and Toby Gottman together during younger times. Tim, a fifth-generation Marion County farmer, had hopes that his son might return to the farm someday. September is National Suicide Prevention Month. Photo courtesy of Tim and Lennie Gottman.

The late Toby Gottman was active in FFA, 4-H, church and sports before his suicide. September is National Suicide Prevention Month. Photo courtesy of Tim and Lennie Gottman.

The late Toby Gottman was active in FFA, 4-H, church and sports before his suicide. September is National Suicide Prevention Month. Photo courtesy of Tim and Lennie Gottman.

Tim and Toby Gottman together during younger times. Tim, a fifth-generation Marion County farmer, had hopes that his son might return to the farm someday. September is National Suicide Prevention Month. Photo courtesy of Tim and Lennie Gottman.

Tim and Toby Gottman together during younger times. Tim, a fifth-generation Marion County farmer, had hopes that his son might return to the farm someday. September is National Suicide Prevention Month. Photo courtesy of Tim and Lennie Gottman.