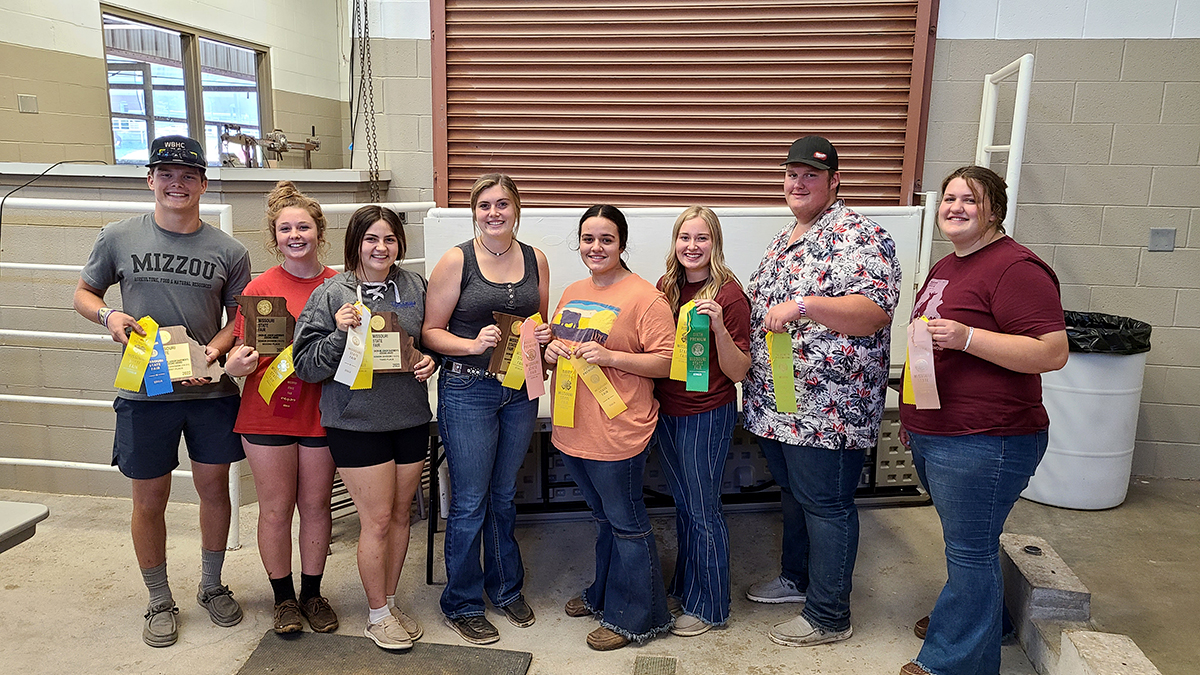 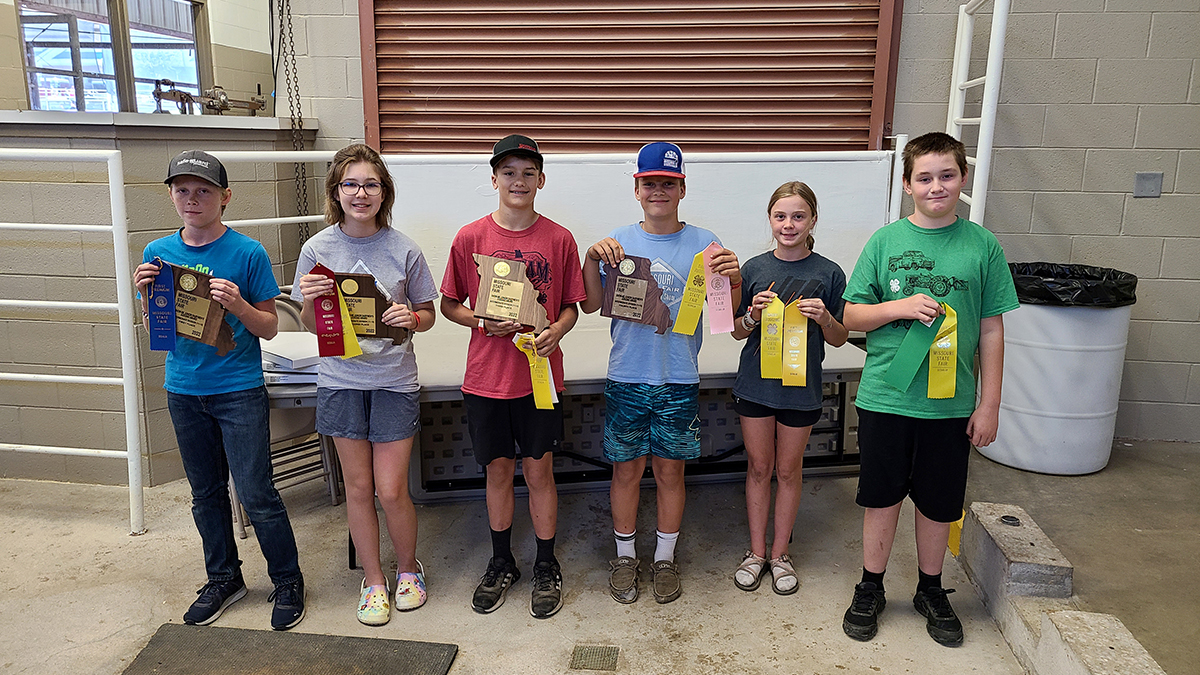 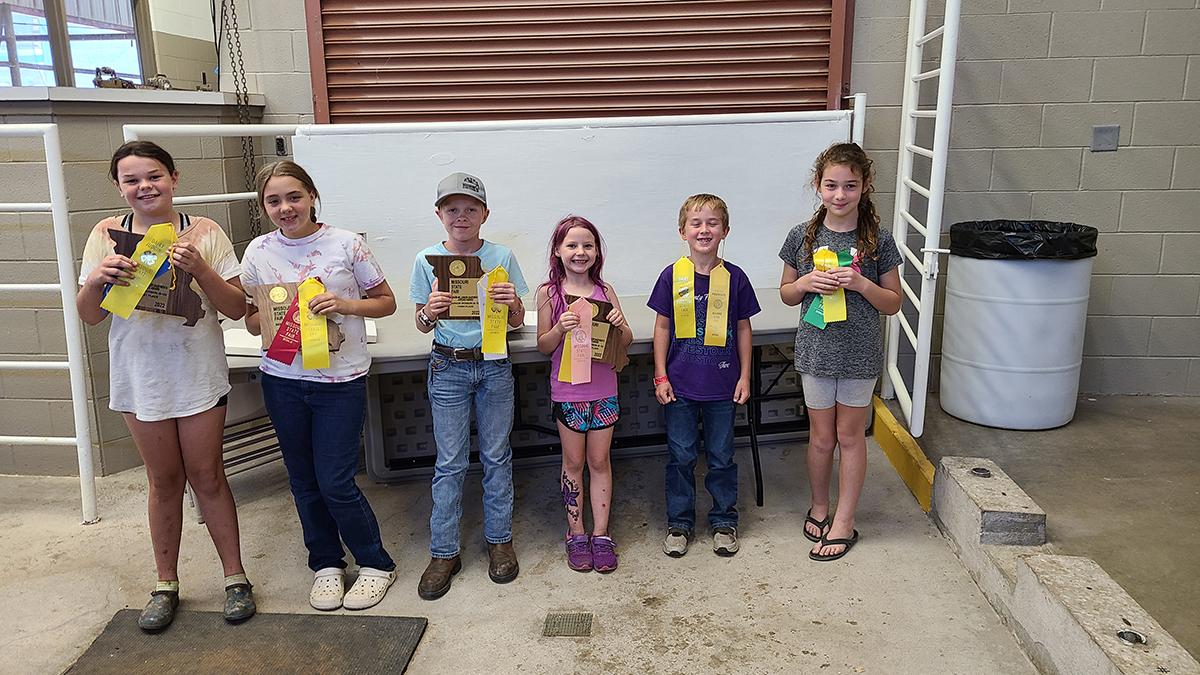 Melzer, son of Matt and Kelly Melzer of Harrisonville, was high individual in Guernseys. “Case was very consistent across all breeds in the contest,” said Karla Deaver, 4-H youth development specialist and co-coach of the Missouri 4-H Dairy Judging Team. “Case has worked hard to improve in both his judging and his oral reasons. He attended dairy judging camp this summer for the first time, and we have seen a dramatic improvement in his scores.”

Rounding out the top five were Whitney Yerina of Phillipsburg and Libby Shaver of Grovespring. Yerina, daughter of Katie Dixon and Brett Yerina, was the top individual in oral reasons. Shaver, daughter of Shane and Denise Shaver, was second in Ayrshires and third in Guernseys.

In the junior division, the top individual was Harper VanZyverden of Marshfield. VanZyverden is the daughter of Scott and Rachel VanZyverden. Second high junior was Emma Coleman, the daughter of William and Tera Coleman of Grant City. Third high in the junior division was Trenton Nisbett of Lebanon, son of Jordan and Melissa Nisbett. Rounding out the top five were Kimber Wilson, daughter of Scott and Jenna Wilson of Miller, and Calvin Culpepper, son of Leslie and Michael Culpepper of Harrisonville.

Contestants, their families and exhibitors who provided cattle for the event were the guests at a Junior Dairymen’s barbecue sponsored by Midwest Dairy Association, Missouri State Fair, Missouri Cattlemen’s Association, MFA, Dairy Farmers of America and Hiland Dairy. Major support for 4-H agriculture programs is provided by the Missouri 4-H Foundation in partnership with Eunice Campbell, FCS Financial, the Hertzog Family, the Missouri Association of Meat Processors, Missouri Farm Bureau, the Missouri Holstein Association, and Anita and Wayne Vanderwert.

Wantland, Nix and Yerina will compete at the All-American Dairy Show dairy cattle judging contest in Harrisburg, Pennsylvania, and the National 4-H Dairy Judging contest in Madison, Wisconsin. The team consisting of Logan and Molly Archer, Case Melzer and Libby Shaver will compete this November at the North American International Livestock Exposition in Louisville, Kentucky.

For more information about the dairy judging program, contact Deaver at the MU Extension Center in Lawrence County at 417-466-3102.