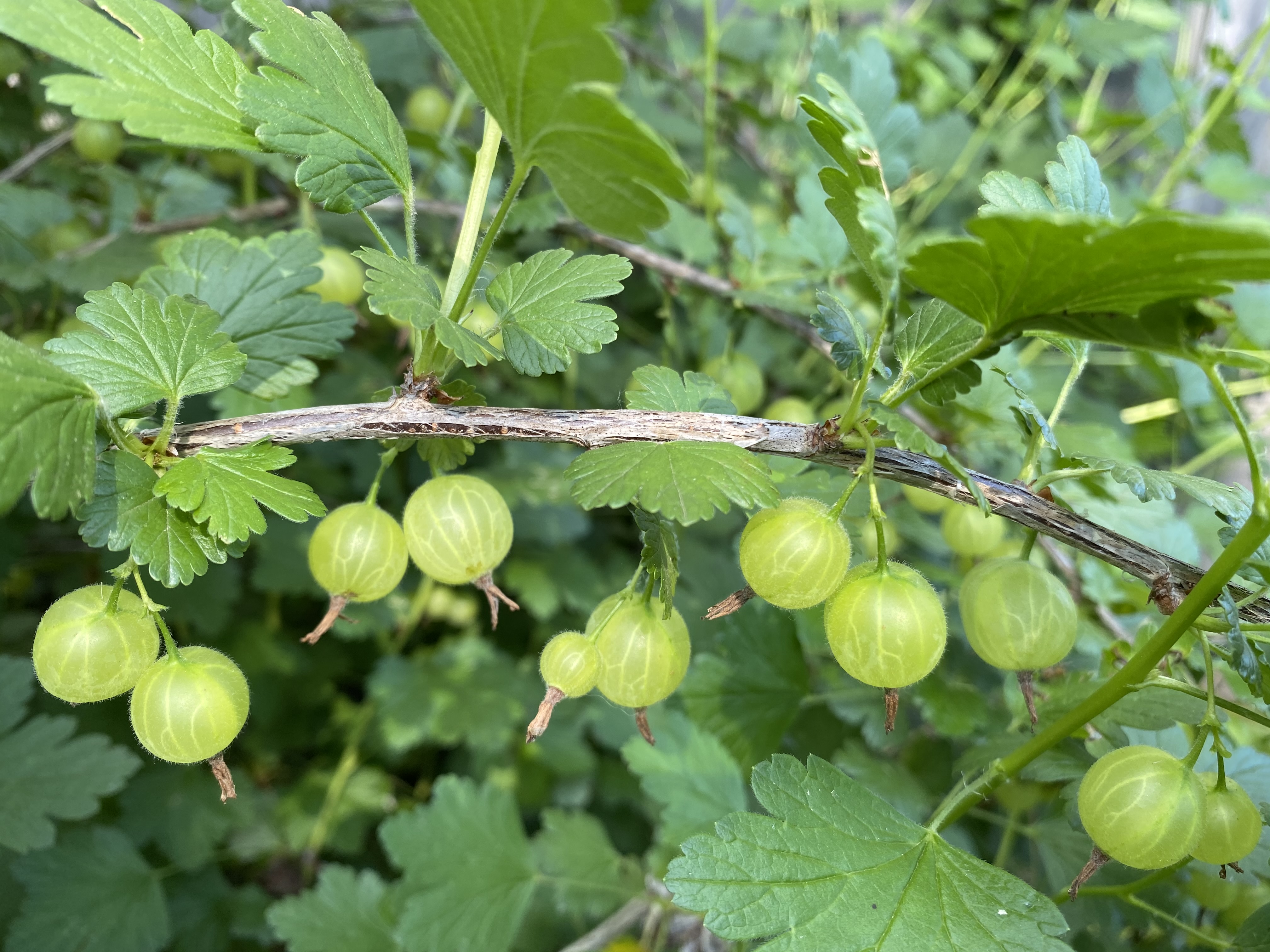 The European gooseberry is an ancient fruit that became popular in Europe and the United States in the 1800s and early 1900s. As early as the 1740s gooseberry clubs in Britain sponsored competitions with prizes for the largest or most flavorful fruit, says Warmund. These events sparked interest in developing new cultivars, and competitive growing of gooseberries spread throughout England and Scotland. However, gooseberry production declined during World War I and never regained the same level of popularity. Only a few gooseberry societies remain today.

Missouri gooseberry harvest is in June

In the United States, there are about 50 native species of the genus Ribes, including the American gooseberry. In Missouri, American gooseberry produces a fruit that is very tart at the immature, green stage when harvested in June, says Warmund. Gooseberries become sweeter when picked later.

Cooks use gooseberries alone or with other small fruits in pies, jams and sauces and to flavor beverages. The native Missouri gooseberry grows throughout the state, except for 10 counties primarily in southeastern Missouri. This wild species produces considerably smaller berries, about 1/4 inch in diameter, and the spines on shoots are usually longer than those of improved American gooseberry cultivars.

To prevent infections, select disease-resistant gooseberry cultivars and allow adequate space between plants. When plants are at least 3 years old, thin out some of the larger branches annually during dormant pruning to promote rapid drying of foliage later in the growing season.

Also, remove weeds that compete with plants for moisture and light. Harvest frequently to prevent fruit rot and remove dead foliage beneath plants, where pathogens can overwinter. In rare cases, fungicides may be warranted.