Giving thanks for the beautiful, bitter cranberry 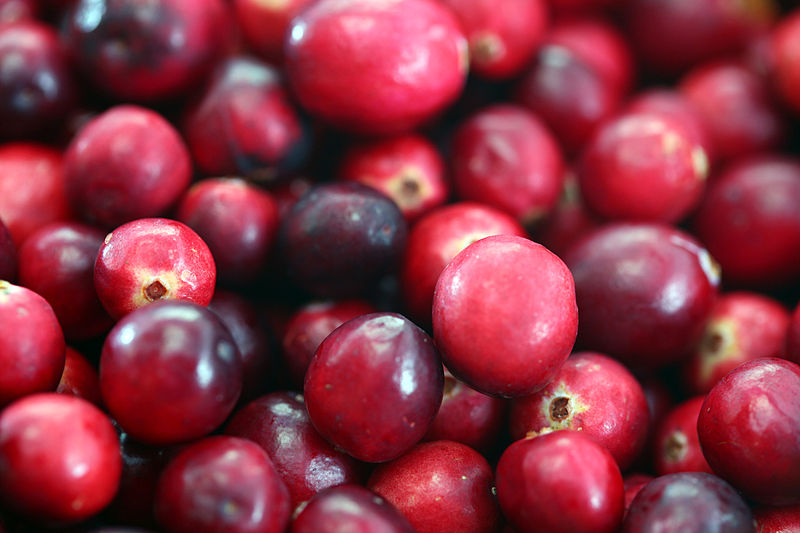 COLUMBIA, Mo. – Made famous by the Pilgrims’ first Thanksgiving, cranberries have long been a favorite at holiday dinners despite their sharp, bitter taste.

Americans gobble up about 400 million pounds of the bitter berry annually, said University of Missouri Extension horticulturist David Trinklein. About 20% of its consumption comes during the Thanksgiving season.

Pilgrims found thornless, evergreen cranberry vines covered with small red fruit growing in boggy regions of the Plymouth Rock area. One of the names Native Americans of that era called the fruit was “ibimi,” which translates literally as “sour” or “bitter berries.” The bitterness is due to compounds called tannins, which also impart health benefits to the berry.

Native Americans used the fruit in several ways, including pounding it into meat to form a paste called pemmican, which preserved the meat. Cranberry was also used to dye fabric and as medicine.

Cranberry, blueberry and American grapes are North America’s only native fruits grown commercially. Cranberries are native to the acidic bogs of New England and part of Canada.

The plants are evergreen and trail along the ground, producing short, vertical shoots as they spread. The shoots later flower and bear fruit for many years. The fruit turns from white to red as it ripens and matures.

Revolutionary War veteran Henry Hall is credited with pioneering the commercial production of the cranberry in 1816 when he built and planted the first bed. A surge in cranberry growing followed, although many did not understand the plant’s unique needs.

In a word, cranberries are finicky, said Trinklein. They do not like warm weather, and they grow in natural or man-made bogs with pH levels between 4.5 and 5. Most plants thrive at soil pH levels around 6.5, which is about 100 times less acidic than 4.5.

Most harvesting takes place from mid-September through early November. At harvest, growers flood beds with water to cover the vines 6 inches deep. A mechanical harvester then moves through the bed, severing the fruit from the vine by churning the water. The fruit, buoyant because of air pockets they contain, float to the top and gather in the corner of the bed. A conveyer belt picks them up, and then they are taken to the processing plant.

Cranberry isn’t just another pretty face at the holiday dinner table. The pigment that gives cranberries their red color contains an antioxidant linked to combating some kinds of cancer. Medical professionals promote it for heart health and all-around wellness. Cranberry juice also gets the nod from doctors treating urinary tract infections because it contains a compound that prevents bacteria from attaching to the bladder wall. Because of the high vitamin C content of cranberries, New England mariners ate them on their voyages to prevent scurvy.