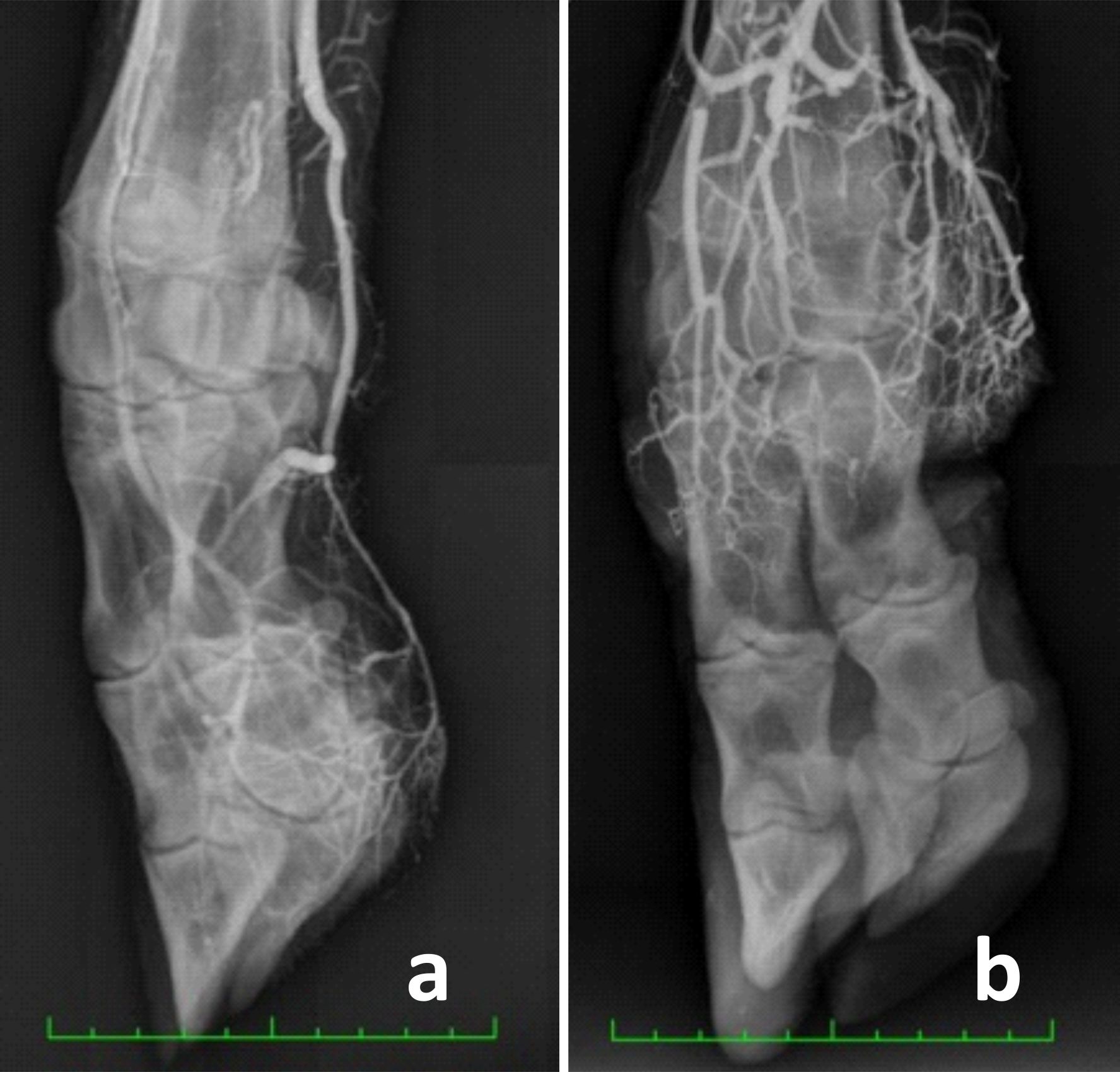 These significant losses show why beef producers should check herds for warning signs of fescue foot in early January, when it most often occurs, Roberts says.

Cows that graze on infected fescue are vulnerable to fescue foot following extreme cold spells, he says. During cold weather, producers might notice that some cows or yearlings on fescue pastures move slowly or limp early in the day. They should act quickly on these early warning signs of fescue foot.

“Early detection is vital,” says Roberts. If signs are caught early, cows can be moved off toxic Kentucky 31 pastures and given other forage or feed. “If you wait to move cattle off infected pastures, it may be too late. If left on toxic pastures, limping cows can lose hooves and become infected with gangrene.”

The toxic alkaloids in fescue are vasoconstrictors. They shrink blood vessels and reduce blood flow to extremities, causing the hoof to die off. Cattle with fescue foot may lose tips of their ears or switches from their tails. They may survive, but the market value of these “fescue calves” drops.

Cows in advanced stages of fescue foot can’t walk or graze and likely will die. Fescue foot, first reported more than 75 years ago, cripples profits as well as cows.

While there is no cure, producers can replace toxic fescue with a novel-endophyte variety that does not produce the toxic alkaloid. The novel varieties cure the low rate of gain, low weaning weight, low milk production and poor reproduction. Also, novel endophytes eliminate fescue foot.

Forage producers can learn how to kill toxic fescue pastures and seed them with a nontoxic variety. In March, the Alliance for Grassland Renewal will offer workshops in three states, including Missouri, on how to renovate Kentucky 31 pastures. Missouri’s training will be in Mount Vernon on March 23. Details will be announced at www.grasslandrenewal.org.

MU Extension agronomists and livestock specialists also can offer advice on how to prevent fescue foot and renovate fescue pastures.