The Conservation Reserve Program (CRP) has played an important role in transitioning marginal land from crop production to conservation. The CRP area under contract in the U.S. was 23.4 million acres in 2017, down from the maximum of 36.8 million acres in 2007. As of July 2017, Missouri had a total of 29,344 contracts on 17,447 farms that covered 976,252 acres. The map below shows where the CRP acres are located in Missouri.

Acres of Conservation Reserve Program (CRP) per county in Missouri, 2016 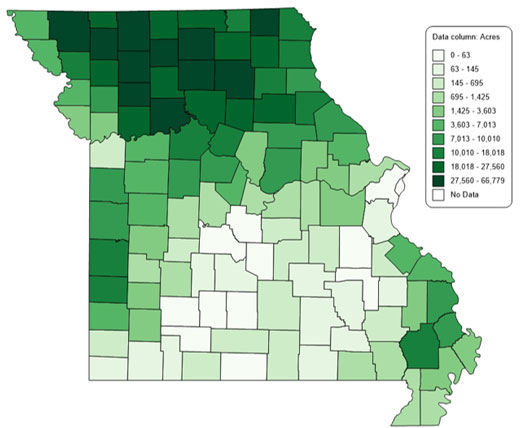