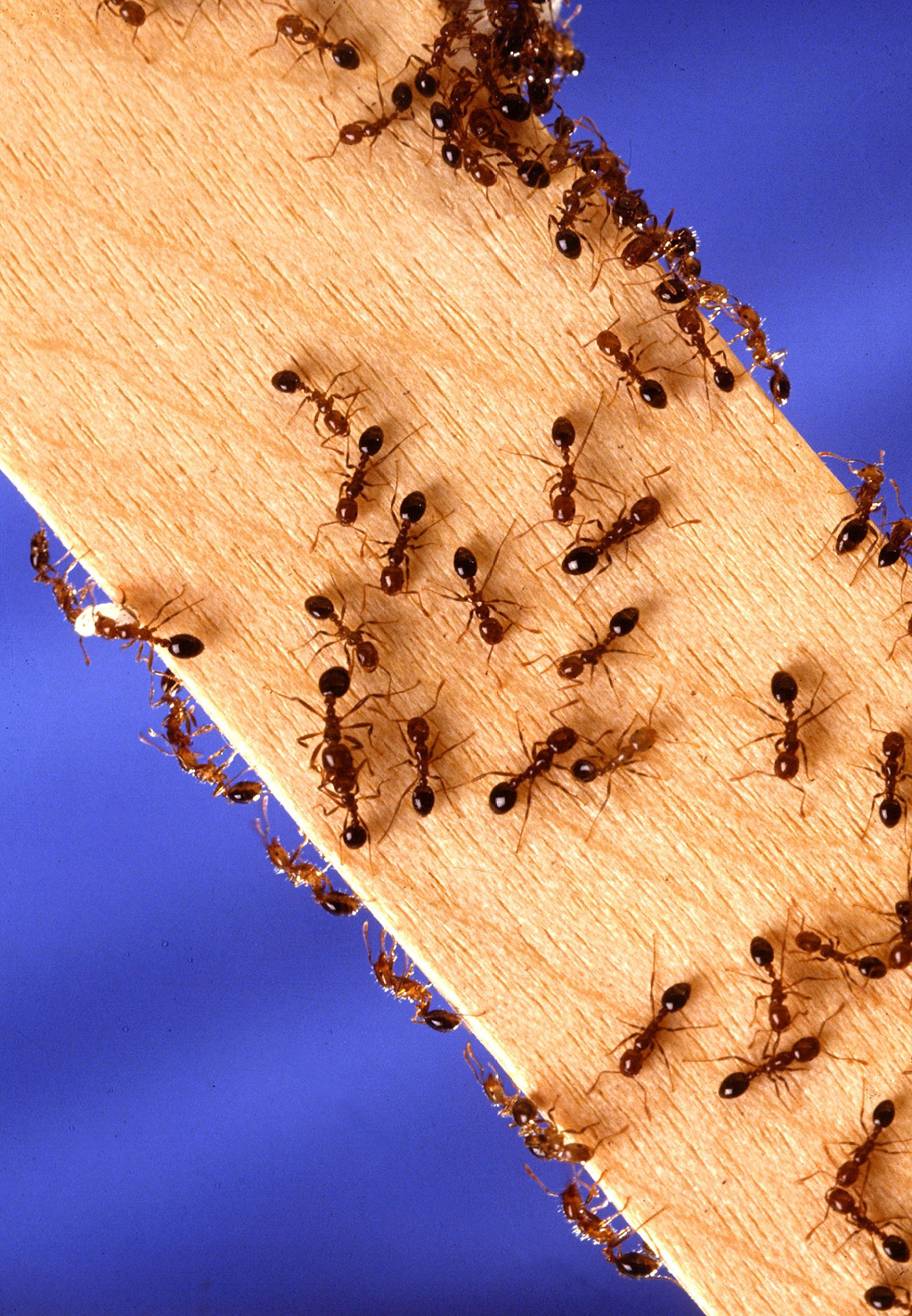 COLUMBIA, Mo. – Drought-affected farmers forced to buy hay from out of state can take steps to avoid introducing red imported fire ants to their farms.

The red imported fire ant (RIFA) is a major pest in much of the southern U.S. In Texas alone, its estimated economic impact totals more than a billion dollars annually.

RIFA can spread to new locations by stowing away in bales of hay, nursery stock and other products that contain or have been in contact with soil, said Richard Houseman, University of Missouri Extension state entomologist and associate professor at the MU College of Agriculture, Food and Natural Resources.

“The threat of red imported fire ants becoming established in Missouri is a serious risk that would have long-term economic and ecological impacts on both rural and urban populations,” Houseman said.

The ants can inflict damage on livestock, crops, farm equipment and even roads and bridges. They respond aggressively when threatened, biting and repeatedly stinging victims with a painful alkaloid venom.

To avoid all that, farmers should follow some important guidelines:

-If you have to buy your hay from RIFA-infested areas, make sure it has been certified RIFA-free by either the USDA or an appropriate regulatory official in the state of origin.

-Visually inspect hay on arrival, even if it has been certified, Houseman said. To draw out any ants that may be lurking within, place some attractive food on each bale, such as a dab of peanut butter, a piece of hot dog or a scrap of cardboard soaked in peanut oil. That should attract RIFAs within the hour.

“If you find ants in a shipment of hay, collect several specimens and place them in alcohol,” he said. Once you have specimens, immediately notify your local MU Extension center, the Missouri Department of Agriculture or USDA’s Animal and Plant Health Inspection Service (APHIS).

-Don’t store baled hay directly on the ground. Raise bales several inches by placing them on pallets or old tires. This will discourage ants from migrating into or out of the nearby soil.

The first step is to apply bait specifically formulated for RIFA to the area surrounding the colony. RIFA baits, which usually consist of processed corn grits coated with soybean oil that contains insecticide, can be applied around colonies using a broadcast spreader. These baits contain low amounts of slow-acting toxin, so effective control might take weeks or even months.

Because red imported fire ants are not established in Missouri, RIFA-specific baits may not be readily available over the counter, so farmers might need to order bait online or travel to an area with established RIFA populations.

Houseman notes that not all RIFA baits are registered for use in Missouri. Those that are include Extinguish, Extinguish Plus, Esteem and Amdro Pro.

The second step is to apply a contact insecticide directly to the colony, he said. This should eliminate the main portion of the colony within a few hours. Contact insecticides include acephate, carbaryl, pyrethrins and prryethroids and are available over the counter under various brand names.

Houseman cautions there are no contact herbicides labeled for direct application to hay. He recommends eliminating populations in bales by placing 1/3 cup of bait next to infested bale.

APHIS has also released a two-page advisory for producers, sellers and buyers of baled hay, which can be downloaded at www.aphis.usda.gov/BaledHayIndustryAlert.pdf.

General information about identifying and controlling fire ants is available at www.extension.org/fire_ants.