Deck the halls with proper caution 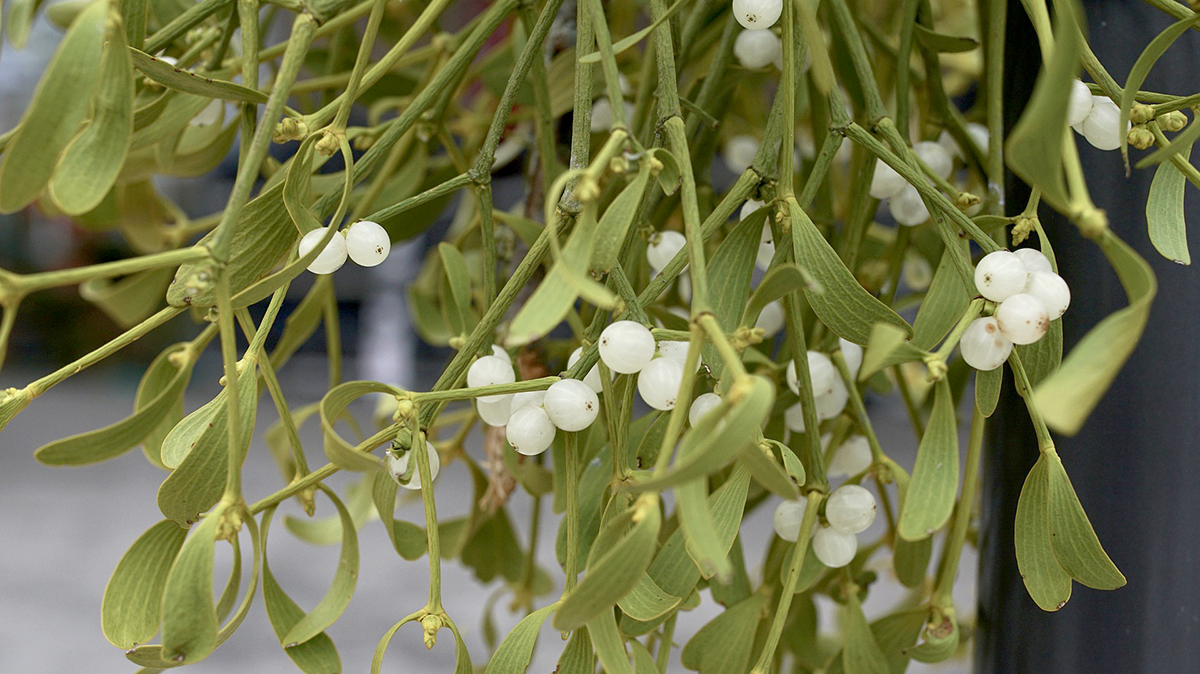 COLUMBIA, Mo. – For many, the holiday season would not be complete without evergreens, holly, mistletoe and other traditional plants adorning their homes.

But it’s important to exercise care with some of these plants since we want the holidays to be happy and safe, says University of Missouri Extension horticulturist David Trinklein.

“In days of old, people rarely brought holiday greenery into the home before Christmas Eve,” Trinklein says. Doing so was considered bad luck for the coming year. Today, however, the holiday season starts with Thanksgiving and lasts through New Year’s Day.

“When it comes to greenery, freshness is important since aged, dry material becomes more of a fire hazard,” he says.

Plant material brought home at the beginning of the season is likely to dry by Jan. 1. While relatively fresh greenery might be available from a local retail outlet, Trinklein says, “the very freshest greenery comes from one’s own landscape and should be used whenever possible.”

Whatever the source of greenery, Trinklein advises placing cut ends in water. If your greenery came from a retail outlet, re-cut the stems first. Keep the plant material in the coolest place possible until it is time to move it indoors. Freezing temperatures will not harm the greenery, but unfrozen water should be available to the stems at all times during storage.

Keep stems in water after moving them into the home. Design decorations so branches fit into a container that holds water. Trinklein suggests adding floral preservatives such as those used for cut flowers. Change the preservative solution weekly.

Don’t place greenery near hot air ducts, radiators or other heat sources. Never put decorations with greenery near fireplaces, where sparks from an open flame might ignite them.

Some traditional plants contain toxic compounds that might pose a health risk if ingested, Trinklein says. For example, the red berries of holly are considered mildly poisonous and can cause nausea, vomiting and diarrhea if ingested. Children and pets often are attracted to these bright berries. Keep holly well out of the reach of youngsters and make sure any berries that might fall from the decoration won’t land where they can be retrieved by a child or pet.

The leaves, bark and seeds of the common evergreen yew shrub are considered toxic. The yew’s small red fruit might be attractive to children. The pulp of the fruit is harmless, but the seeds can be quite toxic.

Mistletoe should be used with extreme care. Both American and European types are highly toxic. “This is a case where purchasing artificial plant material might be safest if mistletoe is a must-have in your holiday decor,” Trinklein says. If using fresh mistletoe, wrap it with plastic so leaves and berries won’t fall to the floor.

Other plants associated with the holiday season that produce toxic substances include English ivy, whose leaves contain a toxic compound; juniper, which produces slight amounts of a diuretic compound in its seeds; and white cedar, whose leaves produce an essential oil that is considered toxic. However, poisonings from this latter group are extremely rare due to relatively low levels of toxic agents in these plants.