Conditions ripe for ergot this year 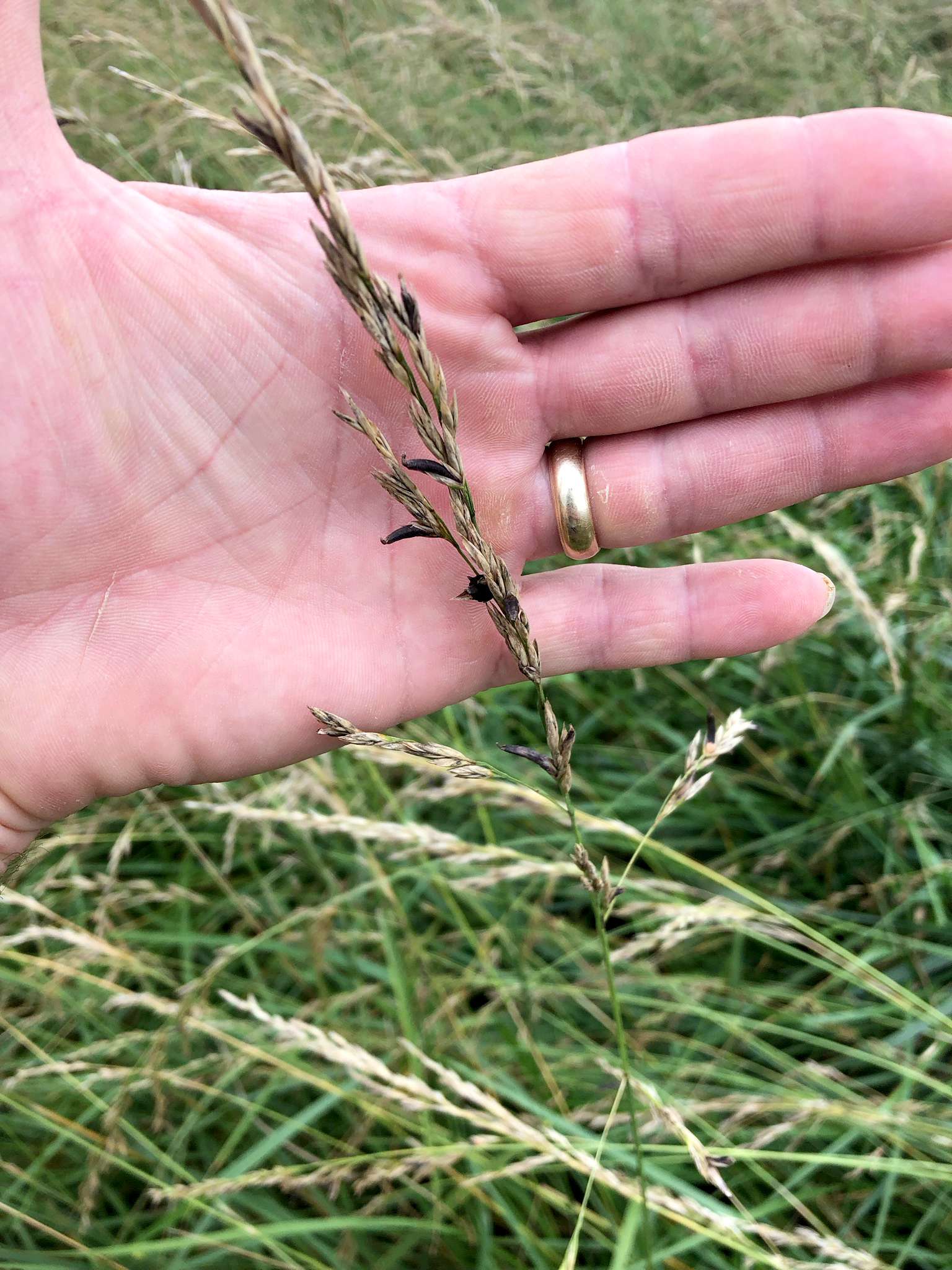 GALENA, Mo. – University of Missouri Extension specialists warn livestock producers to be on the lookout for ergot this year.

A cool, cloudy and wet spring with a prolonged flowering period was followed by high temperatures and humidity, setting the stage for infection, says Tim Schnakenberg, field specialist in agronomy.

Ergot is a fungal disease of the seed heads of grasses and cereal crops. Ergot bodies in seed heads produce toxic alkaloids that can cause severe illness and death in cattle, horses, small ruminants, llamas, alpacas and swine. The toxins are chemically related to LSD.

Humans also can become ill if they eat infected rye or wheat. “It is believed that the Salem witchcraft trials of 1692 resulted from hallucinations and unusual behaviors caused by eating bread made from infected flour,” Schnakenberg says.

Schnakenberg says farmers and ranchers should watch pastures for infection, especially in tall fescue fields. Infected seed heads initially look like yellow honeydew on the heads. This develops into darkened, hornlike ergot bodies that are up to 10 times the size of the grain. They look like mouse droppings.

Producers should immediately move livestock from infected pastures. Another option is to clip pastures. This lets infected seeds drop to the ground, where cattle are less apt to eat them. Dilute infected harvested hay with other feed.

Producers frequently ask Schnakenberg if this toxin is the same toxin produced internally by an endophyte in Kentucky 31 tall fescue. The source of the infection is very different, he says, but both produce ergot alkaloids. “The toxin infection with ergot is much greater compared to fescue toxicosis, leading to quicker and more pronounced symptoms in cattle.”

Novel-endophyte fescue is not immune to ergot problems. Internal sources of ergot alkaloids are reduced but the external infection source from ergot can be just as toxic.

Image available for this release: