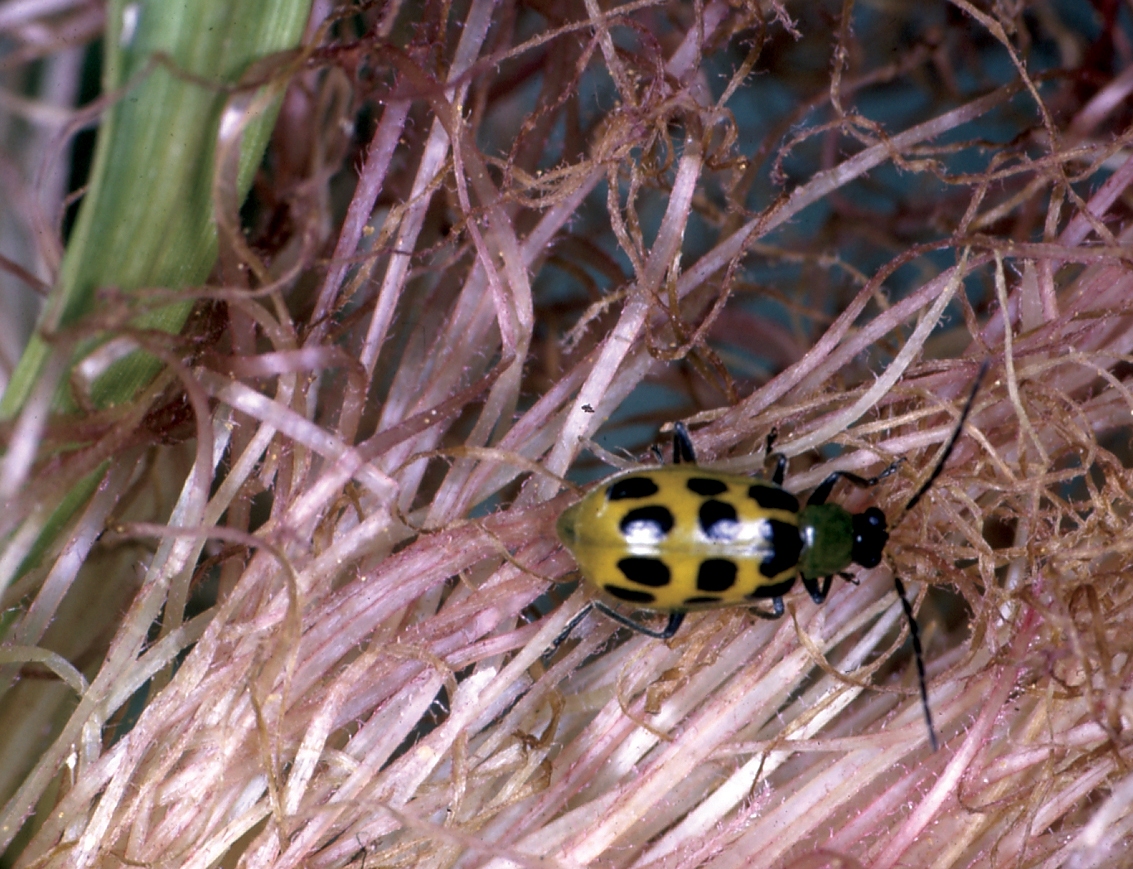 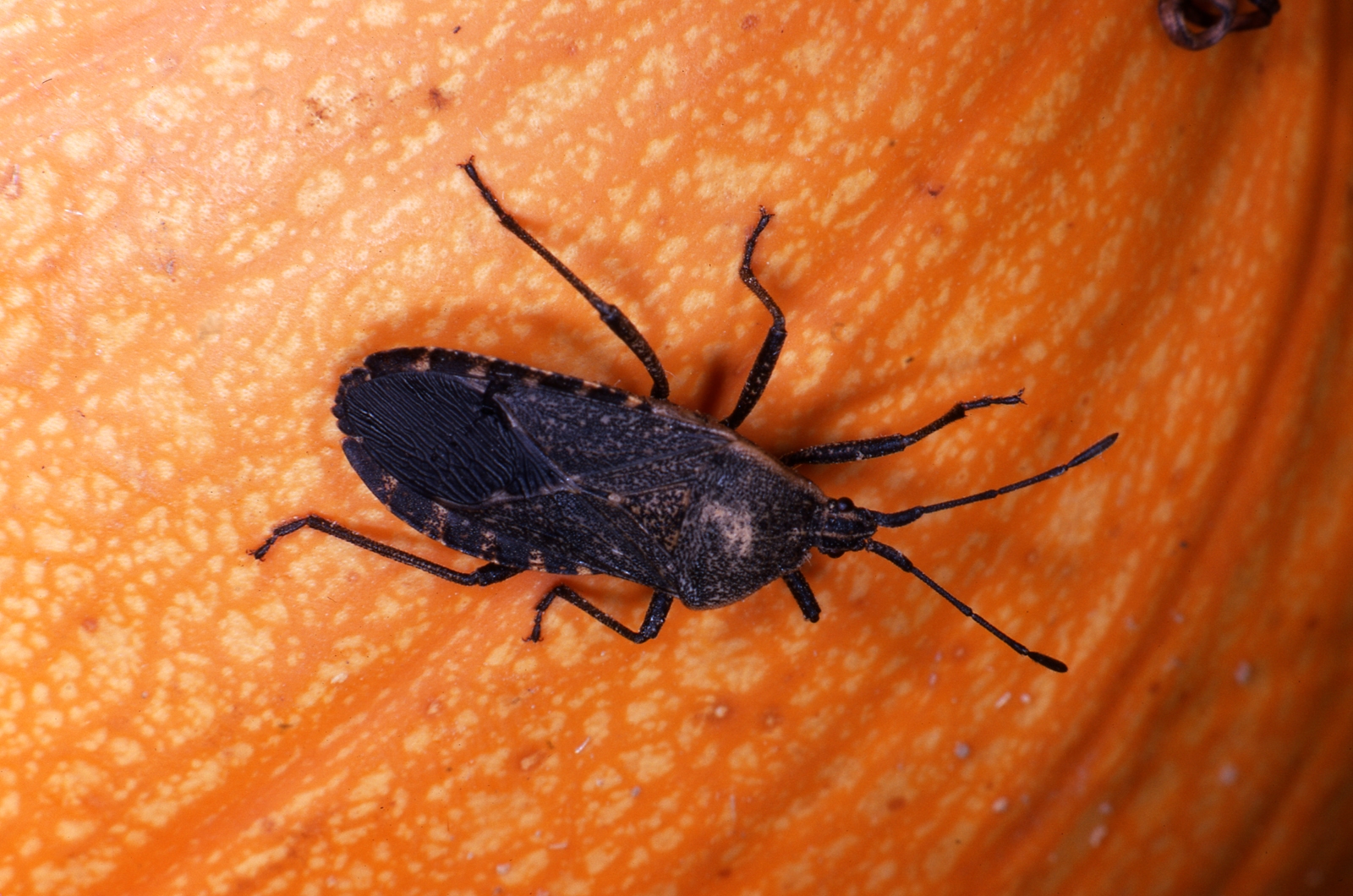 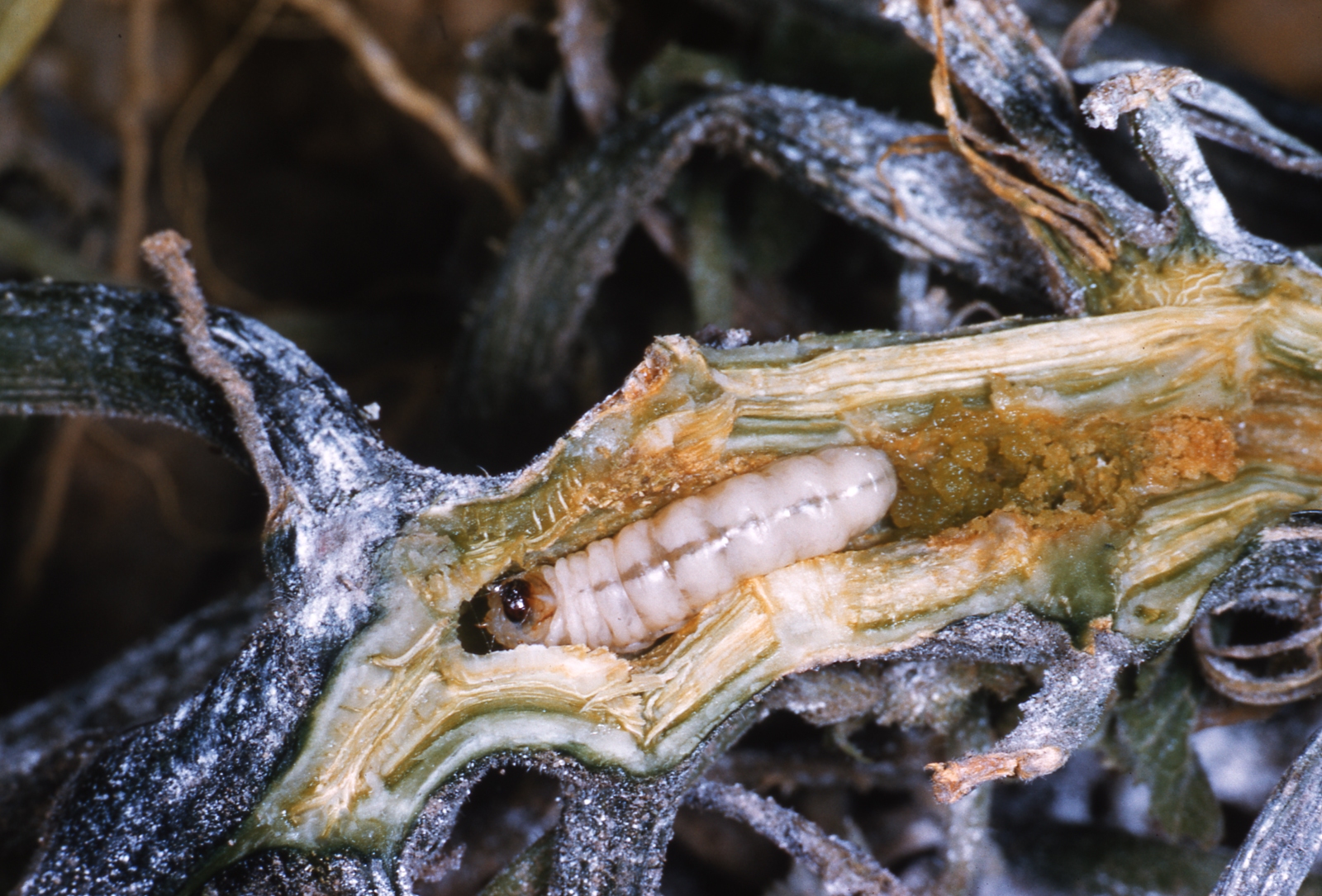 BLUE SPRINGS, Mo. - Cucurbitaceae is one of the most cultivated plant families in the world. From this family come watermelon, cantaloupe, casaba, honeydew, muskmelon, cucumber, summer and winter squash, and pumpkins, to name a few. Unfortunately, cucurbits aren't just popular with people: Several common insects are also fond of the plants, said a University of Missouri Extension horticulture specialist.

The striped cucumber beetle feeds almost exclusively on cucurbits, while the spotted cucumber beetle has a much wider range of hosts. Adult cucumber beetles appear in the field early and feed on young seedlings. They lay eggs that hatch into root-feeding larvae, which mature into the next generation of beetles. There are usually three generations of beetles per season.

Cucumber beetles also are notorious for vectoring diseases such as bacterial wilt (most common in melons and cucumbers), cucumber mosaic virus and gummy stem blight.

Cucumber beetles have few known natural enemies, so biological control is unreliable. Row covers can be used to exclude overwintering beetles early in the season, but these must be removed during flowering to allow pollination.

Cucurbits produce a chemical called cucurbitacin, which stimulates cucumber beetle and larval feeding. Choosing varieties of plants that produce less cucurbitacin can be an effective way to limit damage and avoid some of the vectored diseases associated with cucumber beetles, Bates said.

"The most reliable control of cucumber beetle feeding damage is through the employment of insecticides," he said. "In order to preserve beneficial insects, look for products that combine cucurbitacins and small amounts of insecticides."

The squash bug is another common pest in the cucurbit garden. Squash bugs suck sap from stems and leaves, leaving wilted, decaying plants. These insects prefer pumpkins, watermelons and squash. Though squash bugs only produce one generation each year, all stages of the life cycle can be found throughout the season.

Exclusion at the beginning of the season can be accomplished with row covers. "Again, row covers should be removed at first bloom to avoid pollinator exclusion," Bates said. Adult squash bugs lay eggs on the underside of leaves. In smaller gardens, egg masses and adult squash bugs can be collected and destroyed by hand. Most insecticides labeled for cucumber beetles are also labeled for squash bugs.

The squash vine borer is yet another insect pest of cucurbits. This insect prefers summer squash, pumpkins and gourds while typically avoiding cucumbers and melon. As the name implies, the larvae of the squash vine borer literally bore into the stem near the crown, eventually leaving the stem cut off from water and nutrients. Affected vines usually wilt and die, depending on the size of the vine and number of bore holes.

Planting a trap crop of Hubbard squash can protect your prize cucurbits by offering the insects something else to eat.

Hand removal of moths and eggs can be an effective control in small gardens. Again, most insecticides labeled for this pest are also labeled for cucumber beetle and squash bug. Be sure to read the labels carefully to ensure compliance.

For more information on these and other pests of cucurbits, contact your local MU Extension office or visit https://extension2.missouri.edu.

Generally, there are three generations of cucumber beetles in the garden per season.

Generally, there are three generations of cucumber beetles in the garden per season. Lee Jenkins

Larvae of the squash vine borer literally bore into cucurbit stems near the crowns.

Larvae of the squash vine borer literally bore into cucurbit stems near the crowns. Lee Jenkins