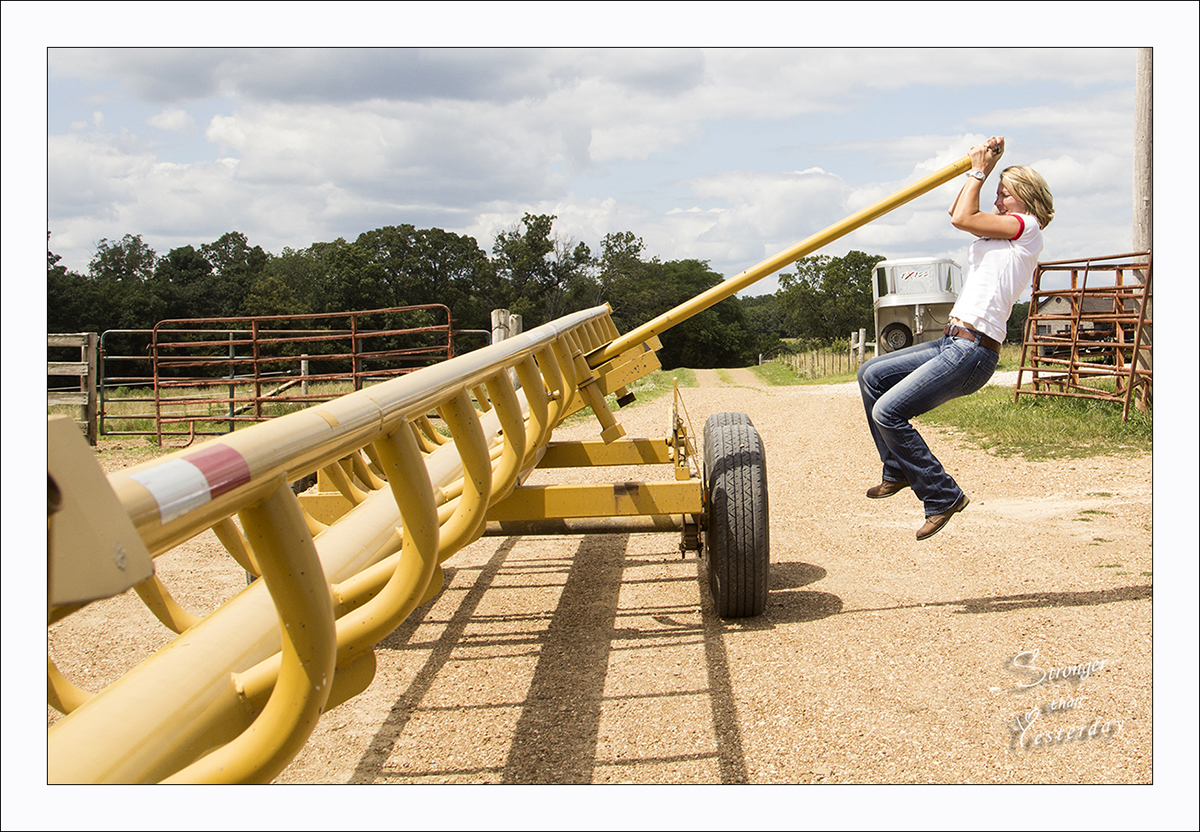 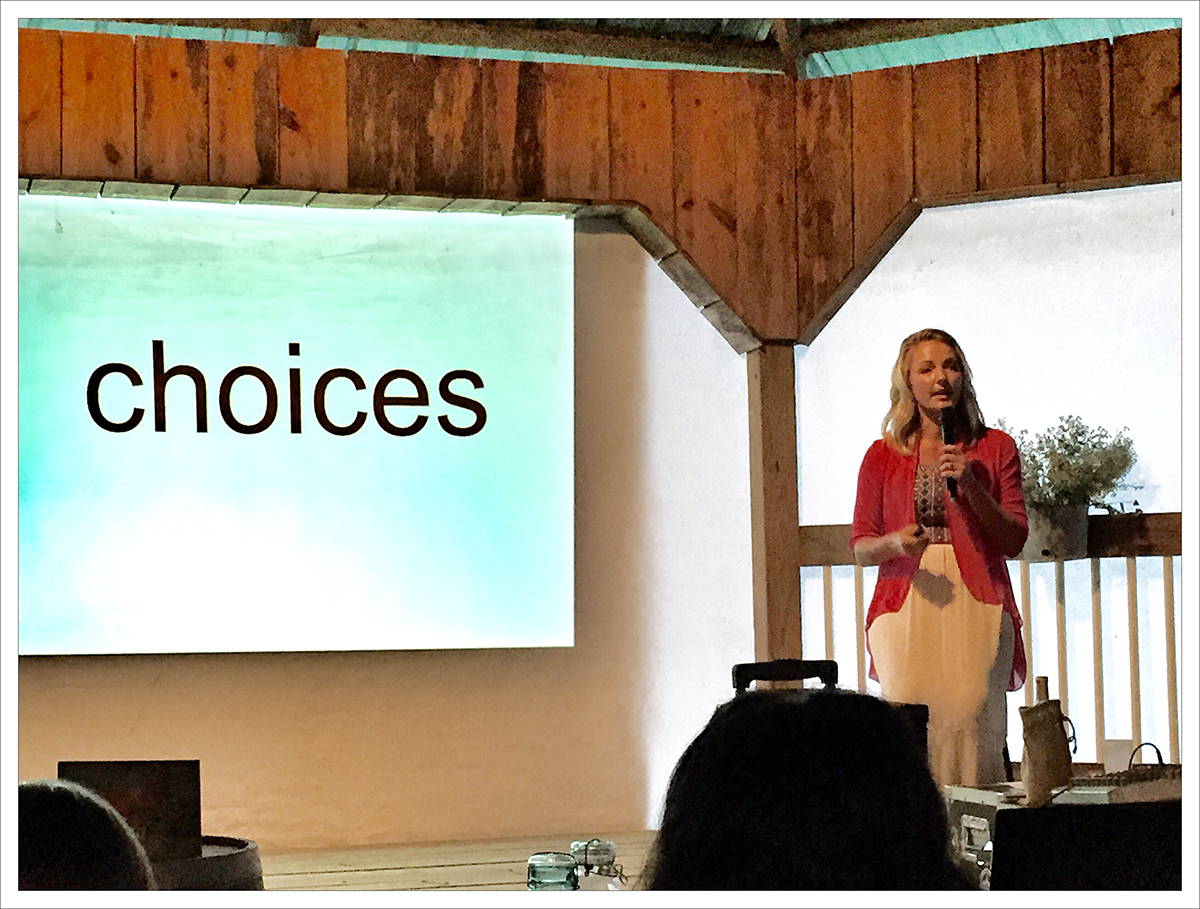 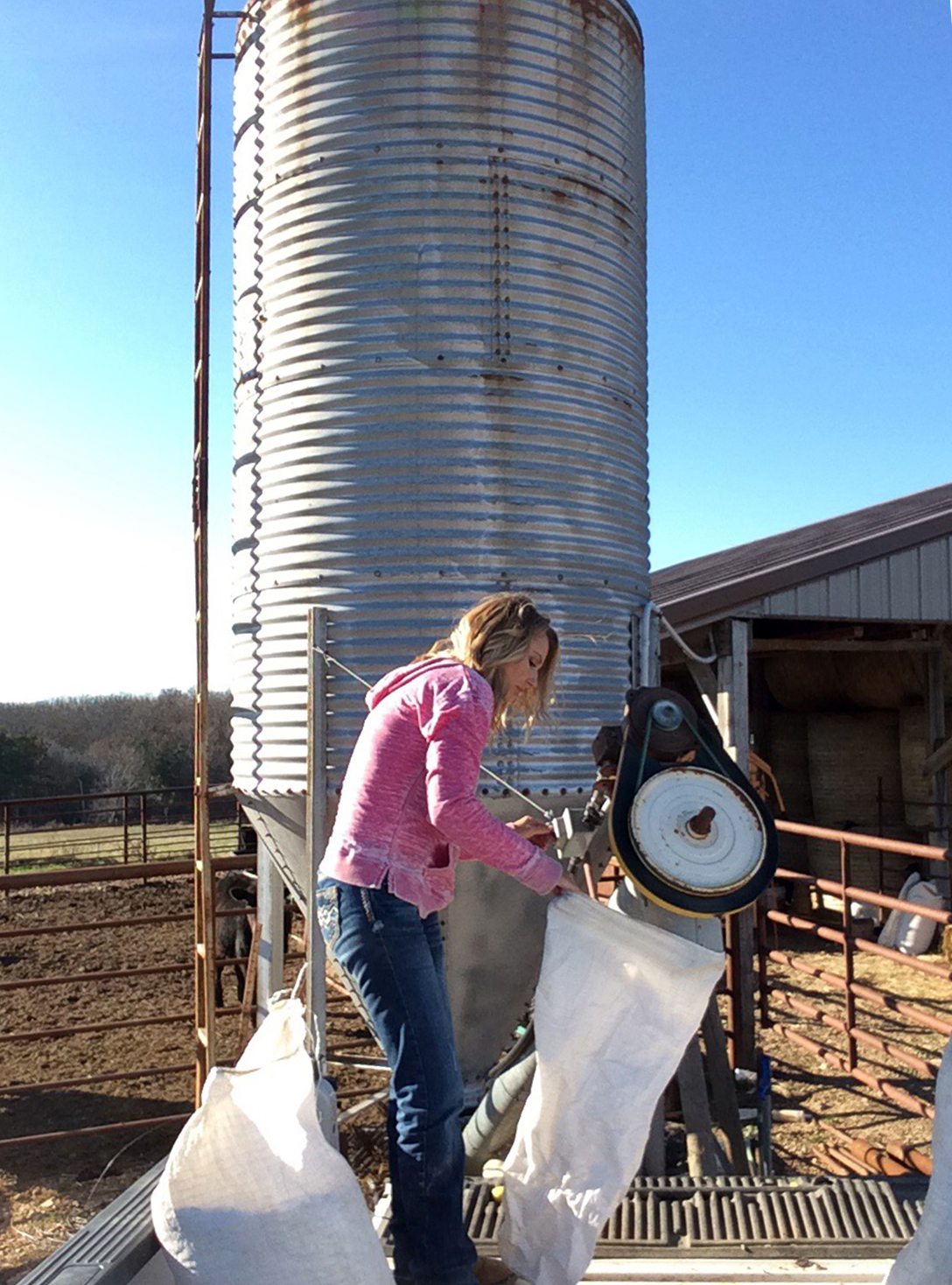 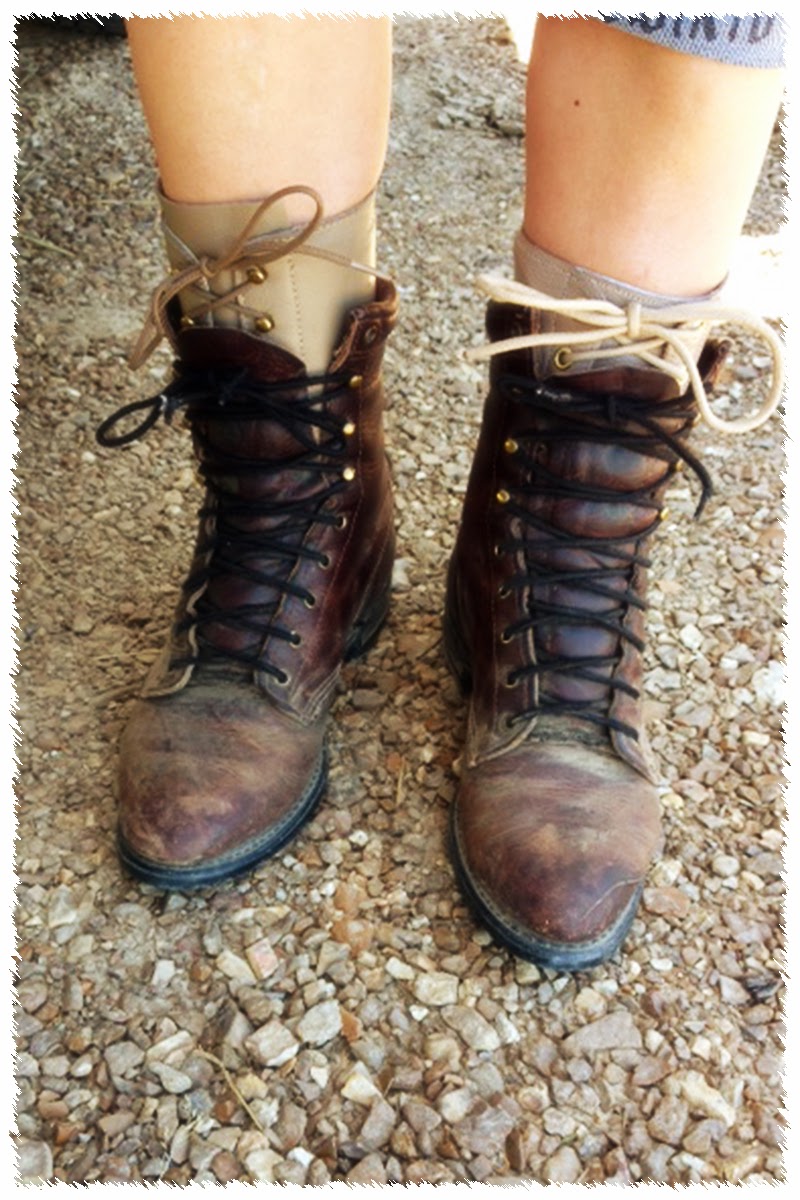 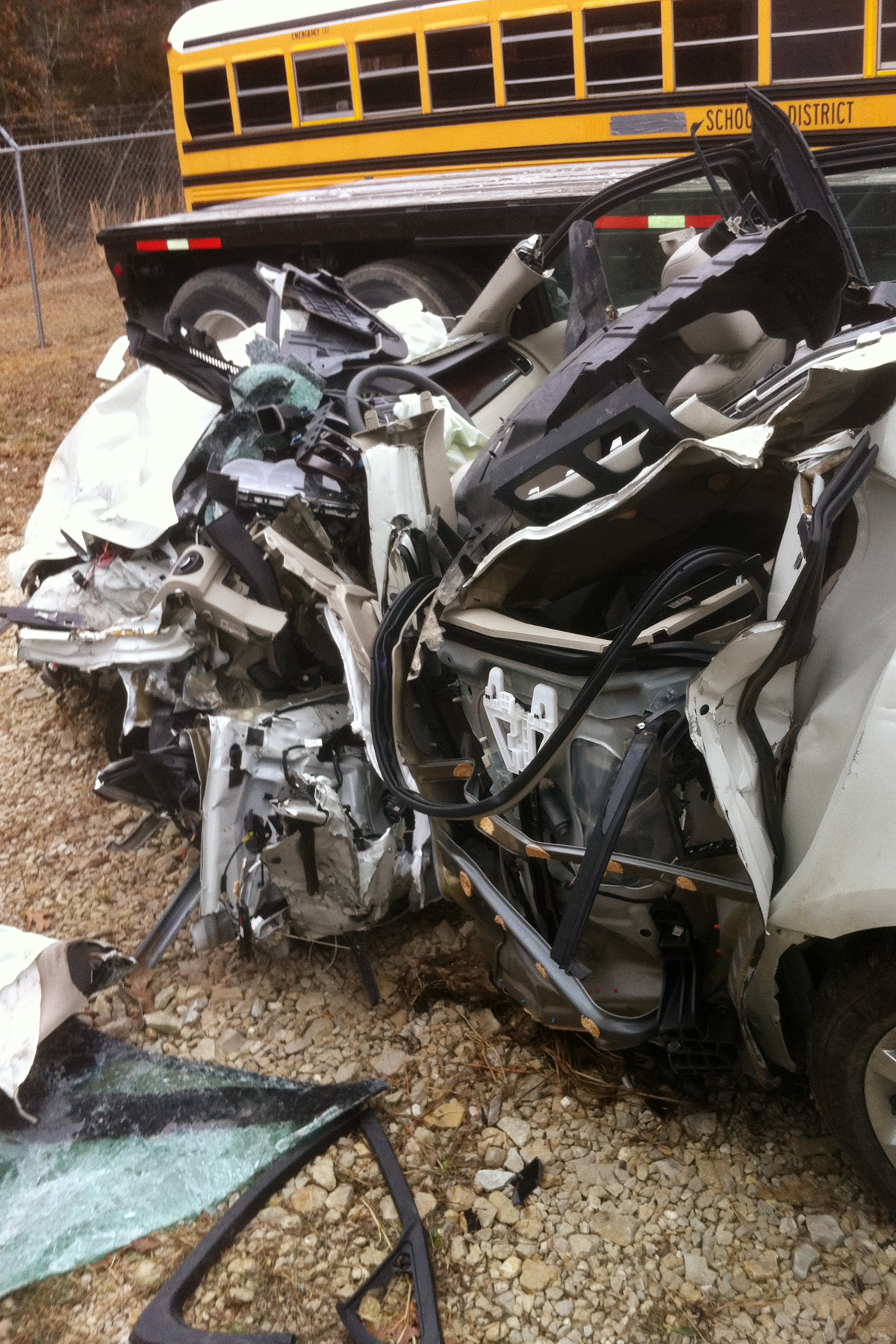 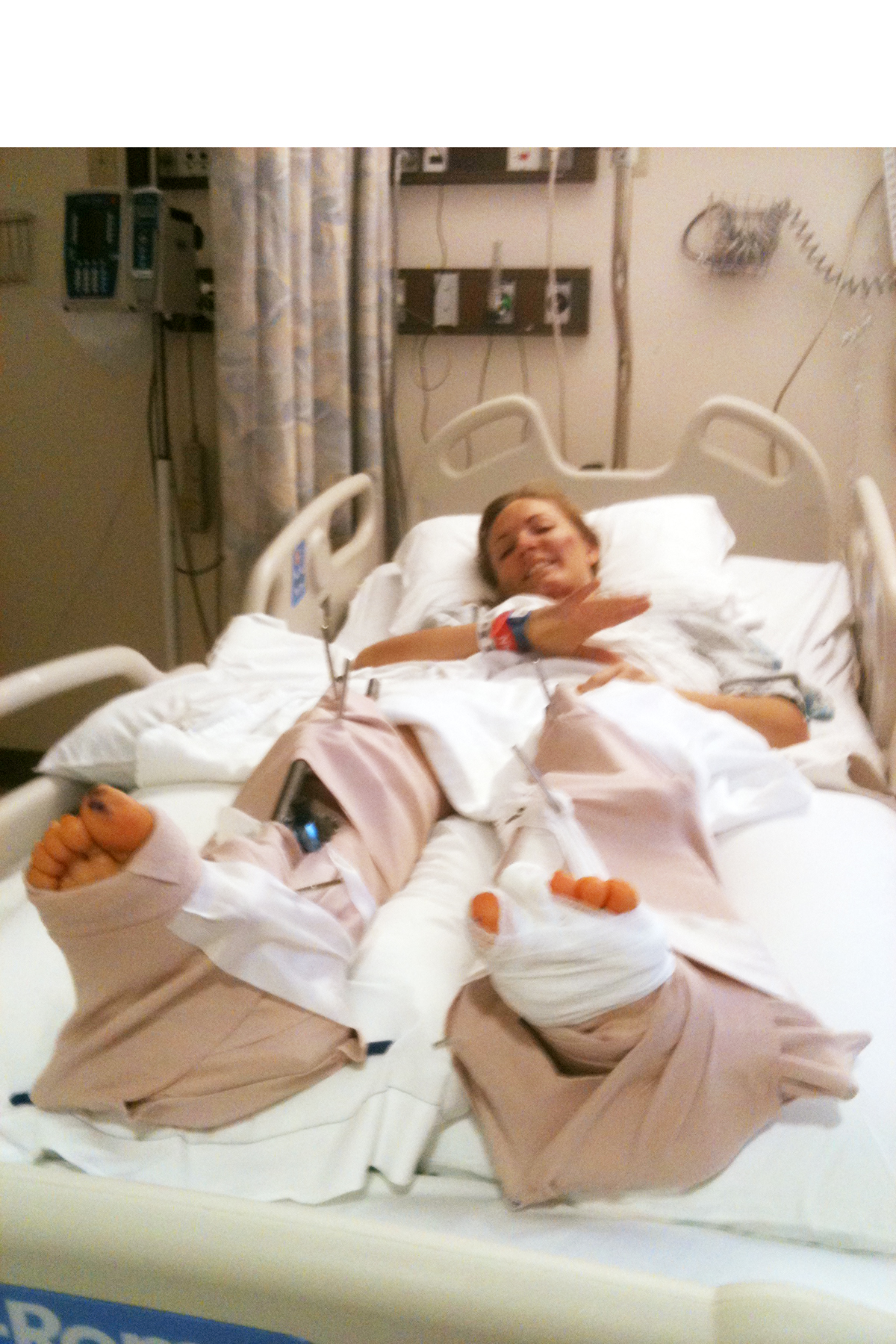 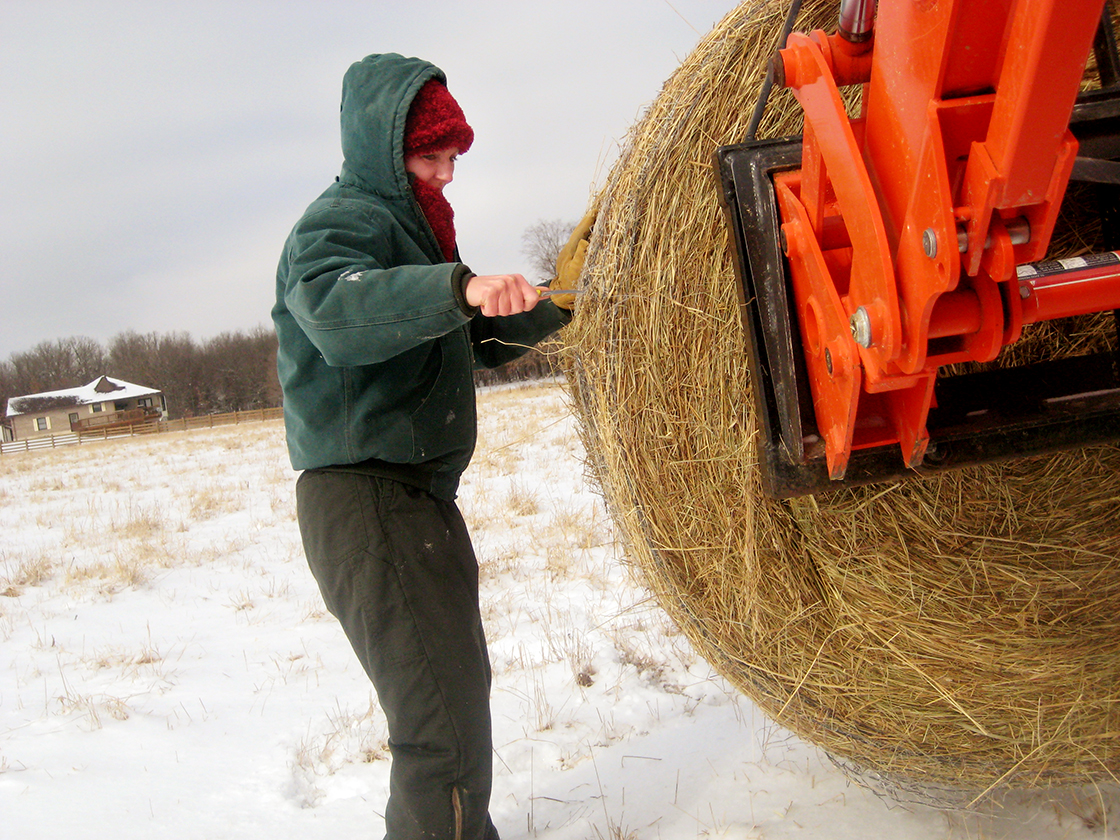 Portell says she is a 39-year-old person living in a 76-year-old’s body.

She’s learned a “new normal” through the help of University of Missouri Extension’s AgrAbility program and the Missouri Division of Vocational Rehabilitation.

She had 11 surgeries following a collision involving a drunk driver five years ago. Two crushed ankles and a fused pelvis make it difficult to stand or sit in one spot for more than 10 minutes at a time. She walks for short periods with the aid of support braces. Arthritis causes her body to seize, and she falls occasionally.

She loves cattle ranching, but it is physically challenging. She worries about being injured again as she walks on the uneven cattle lot. She stumbles frequently. Most times she recovers, but she keeps her cellphone handy to alert emergency personnel.

MU Extension state health and safety specialist and director of the Missouri AgrAbility Project Karen Funkenbusch taught her safe ways to move among the cattle.

She keeps one door of her truck open near a feed bunk. This insulates her from quick-moving cattle. Portell’s health and wealth depend on avoiding a second injury, Funkenbusch says.

She learned that if she falls, she could roll under the truck to avoid being trampled by cattle.

AgrAbility staff also referred her to Vocational Rehabilitation for equipment needs and services. Jointly, they are working on a grant for a utility task vehicle to help her move about the farm more easily, and a towable bulk feeder to reduce risk and shorten feeding time.

Portell and her husband continue to build their cattle operation by using methods supported by MU Extension research such as artificial insemination, genetics and rotational grazing.

With grazing plots on three farms, Portell has to lock and unlock numerous heavy gates to check and move cattle. Most move quickly through open gates, but strays take more time and present danger of being stepped on or trampled when herded by Portell’s Australian shepherd dogs.

AgrAbility and VR staffs are researching new gating systems to make Portell’s work lighter. “If I can find a way to do the same activity a different way, why not?” she says.

Portell does morning chores and helps her husband with evening feedings as her energy level permits. He works for Wallis Lubricants in Pacific, Mo.

Farming lets Portell control the tempo of her work. She paces her chores to save her energy so she can attend school and church events in St. James and Cuba. “I’ve got to count my steps. I have only so many a day,” she says.

Their blended family includes teens ages 18, 17, 15 and 13. Two of the children were injured in the wreck that almost killed their mother.

Despite that, the wreck also strengthened their family. Her husband of one year became “Mr. Mom” while she recuperated after each of her 11 surgeries. The kids helped her when incisions and casts kept her from taking a bath or shower.

This is the first full year since the collision that Portell has not had a surgery. “I am not done living yet,” she says.

Inability to stand and walk for long periods kept her from returning to her longtime career as an X-ray technician or to the photography business she had built. The cattle give Portell new focus and purpose.

Farming allows her to contribute to the family income and build for the future.

“When you’re that close to having everything ripped away from you, including family, you just go for it,” she says. “It’s been a lifesaver for me.”

Portell travels Missouri as a motivational speaker. She talks about her recovery, the importance of family and faith, the dangers of driving under the influence or while distracted, and forgiveness. As a former health care provider, she speaks about being on “both sides of the gurney.”

“There is light in every situation if you want to see it,” she says. And AgrAbility has helped her find the light at the end of the tunnel.

For more information on the Missouri AgrAbility Project, go to http://agrability.missouri.edu/ or call Karen Funkenbusch at 573-884-1268.

Carey Portell talks to teens about the consequences of drinking and driving.

Carey Portell talks to teens about the consequences of drinking and driving. Photo courtesy of Carey Portell

Filling feed sacks and other labor-intensive chores present challenges for Portell, who has advanced-stage arthritis.

Filling feed sacks and other labor-intensive chores present challenges for Portell, who has advanced-stage arthritis. Photo courtesy of Carey Portell

Portell wears sturdy lace-up boots over braces to give her stability while feeding cattle.

Portell wears sturdy lace-up boots over braces to give her stability while feeding cattle. Photo courtesy of Carey Portell

Portell and two of her children were injured five years ago when a drunk driver hit her vehicle head-on.

Portell and two of her children were injured five years ago when a drunk driver hit her vehicle head-on. Photo courtesy of Carey Portell

Carey Portell had 11 surgeries after a collision five years ago. She has two fused ankles and a fused pelvis. Today, she walks with the aid of braces, but is predicted to need a wheelchair again within eight to 10 years.

Carey Portell had 11 surgeries after a collision five years ago. She has two fused ankles and a fused pelvis. Today, she walks with the aid of braces, but is predicted to need a wheelchair again within eight to 10 years. Photo courtesy of Carey Portell

Feeding hay to cattle, especially in the cold, presents challenges for Portell. Her advanced arthritis worsens during cold months.