Can the woolly bear caterpillar predict the weather? 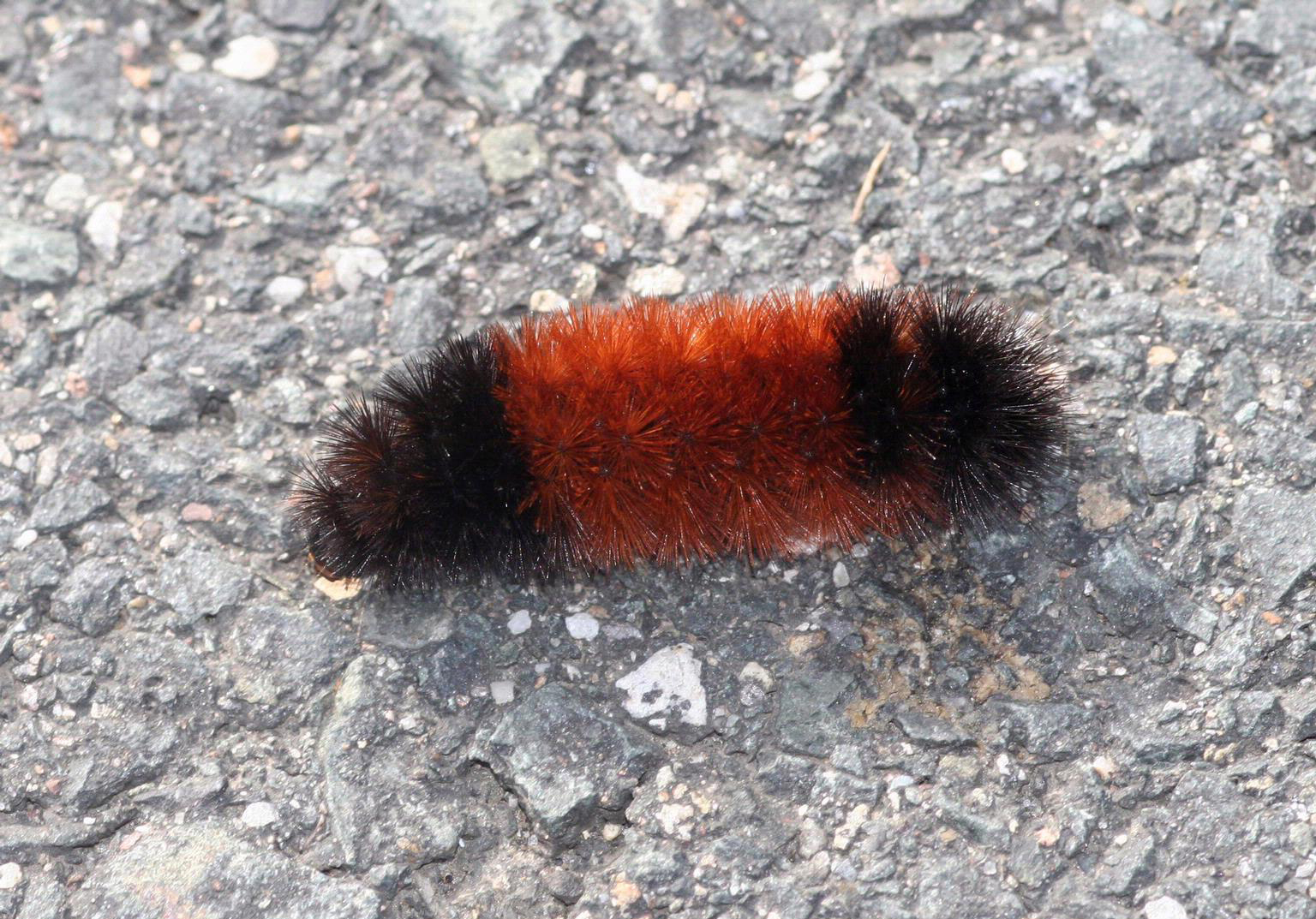 COLUMBIA, Mo. – The woolly bear caterpillar (Pyrrharctia isabella), often called the “weather worm,” is said to predict what Old Man Winter has in store. Folklore says the narrower the reddish-brown band on the caterpillar, the more severe the winter. But the width may be a better indication of the previous winter and spring than a prediction of the upcoming winter.

“As they get older they begin to lose that pattern,” said Bruce Barrett, professor of entomology with University of Missouri Extension. “So an early spring will give the caterpillar a head start in feeding and growing.”

The better the growing season, the bigger it will grow. Barrett says the color pattern for the woolly bear will change each time it sheds its skin, or molts, and it molts several times.

“The black tips get smaller and smaller with each molt,” Barrett said. “So if you spot a woolly bear early, the reddish-brown band will be very narrow. Later in its development, the band will be wide.”

This 1 1/2-inch caterpillar is covered with dense, stiff hairs called setae. Barrett say these bristles, and the coloration, may have more to do with defense than weather prediction.

If disturbed, the woolly bear will roll up into a ball so the stiff bristles jut out, which may discourage some predators, Barrett said. While the bristles do not inject venom, they may cause dermatitis in some people, so handling the caterpillar is discouraged.

As for the coloration, red on black is a type of aposematic (warning) coloration that may make a hungry predator  hesitate, he said.

The woolly bear can be found from northern Mexico to southern Canada. Barrett says there can be several broods each year, depending on location.

“There are two to three generations per year. In the southern part of the country you’ll see three. As you move north into Canada you will only have one,” Barrett said.

In the fall, once the woolly bear reaches a certain size, large numbers of the caterpillars can be seen on the move. They have one goal: to find a place to hide. Just like its mammalian namesake, the woolly bear hibernates. Barrett says the caterpillar produces natural antifreeze called glycerol. It allows the body to freeze but keeps the fluid in the cells unfrozen.

As the weather warms in the spring and the woolly bear thaws, it will spin a cocoon and emerge as an adult called the Isabella tiger moth. Males and females will mate, and the female will then lay her eggs on a suitable plant. Then the life cycle starts again.

The woolly bear folklore was with us long before Doppler radar. Whether or not you take stock in the woolly bear’s prediction powers, here in Missouri it’s best to be prepared. Make sure warm clothes are at the ready and place a snow shovel by the door after Nov. 1.

For more information, the MU Extension publication “Caterpillars in Your Yard and Garden” (IPM1019) is available for free download.