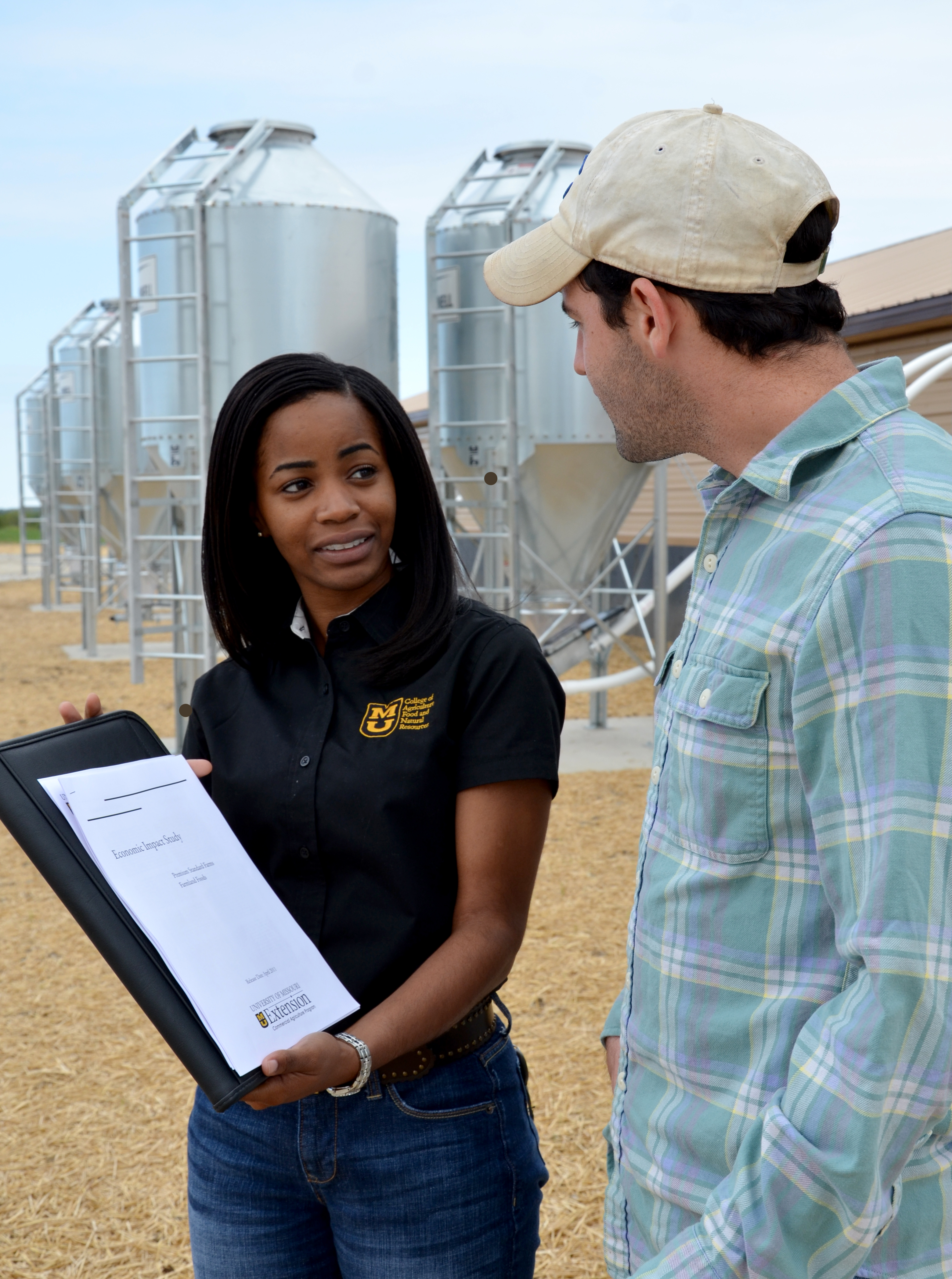 COLUMBIA, Mo. – Food, health, energy and the environment are among the most vital concerns when it comes to human survival and quality of life. A new report from the Battelle Institute says agriculture and agricultural bioscience ("agbioscience") provide wide-ranging opportunities to address those concerns and serve as powerful engines for economic growth and job creation in the U.S.—especially the nation's 12-state north-central region, which includes Missouri.

"Power and Promise: Agbioscience in the North Central United States" credits the region's land-grant universities, including their extension services and experiment stations, with a central role in American agriculture's rise to global preeminence, arguing that continued support for them is vital to realizing the opportunities offered by the 21st century economy.

While comprising only 21 percent of U.S. land, the region produces 44 percent of the nation's agricultural commodities—including more than 80 percent of key exports such as soybeans and feed grains, and more than 60 percent of meat and livestock exports.

"The North Central Region is uniquely positioned to contribute to improving our quality of life, nationally and globally," said Tom Payne, vice chancellor and dean, University of Missouri College of Agriculture, Food and Natural Resources (CAFNR). "More than 300 million acres of cropland, pasture and woodland support a variety of industries within the region, including companies that supply seed, feed and equipment, and businesses that process agricultural outputs or use them to create value-added products."

As of 2009, agriculture and ag-related industries in the north-central U.S. employed almost 2.4 million people—about 10 percent of the region's private-sector workforce, Payne added.

"Many of the most pressing challenges facing humankind have their solutions rooted in modern agriculture and agriscience," said Marc Linit, CAFNR associate dean for research and extension. "There is no arena of economic activity or field of science that so directly addresses our quality of life, global economic development and prospects for an environmentally sustainable future."

Linit said he is proud of a number MU programs that have been particularly successful:

-Community Development programs that have created a dynamic and sustainable community in St. Louis.

The report cites a number of ongoing benefits of land-grant universities, experiment stations and extension services. In Missouri, those benefits include:

-Improving the productivity and profitability of U.S. agriculture by performing and disseminating research in such areas as crop and livestock genetics, food safety, biofuels, agroforestry, nutrient management, livestock nutrition and integrated pest management.

-Enhancing health and well-being through research and education on food safety, nutrition, biosecurity and environmental sustainability.

-Engaging youth in science, engineering and technology through 4-H programs.

-Creating opportunities for farmers and landowners through programs and workshops on production, marketing and sales in such fields as agroforestry, aquaculture, horticulture, viticulture and agritourism.

"What's surprising is the imbalance between the huge variety of opportunity and the comparatively small amount of federal funding," said Simon Tripp, lead author of the Battelle study.

"These institutions should be considered priorities for further strategic investment and development," Tripp said. "Sustaining these institutions, further investing in them, and addressing their challenges is of central importance to a sustainable economic future for the United States."

The full report is available online at http://www.nccea.org/multistate-activities/ag-bioscience-battelle-study-2011.

The Battelle Memorial Institute is a nonprofit research and development organization based in Columbus, Ohio. In addition to its business services, Battelle manages or co-manages several research facilities for the U.S. Department of Energy, including the Brookhaven and Lawrence Livermore national laboratories.