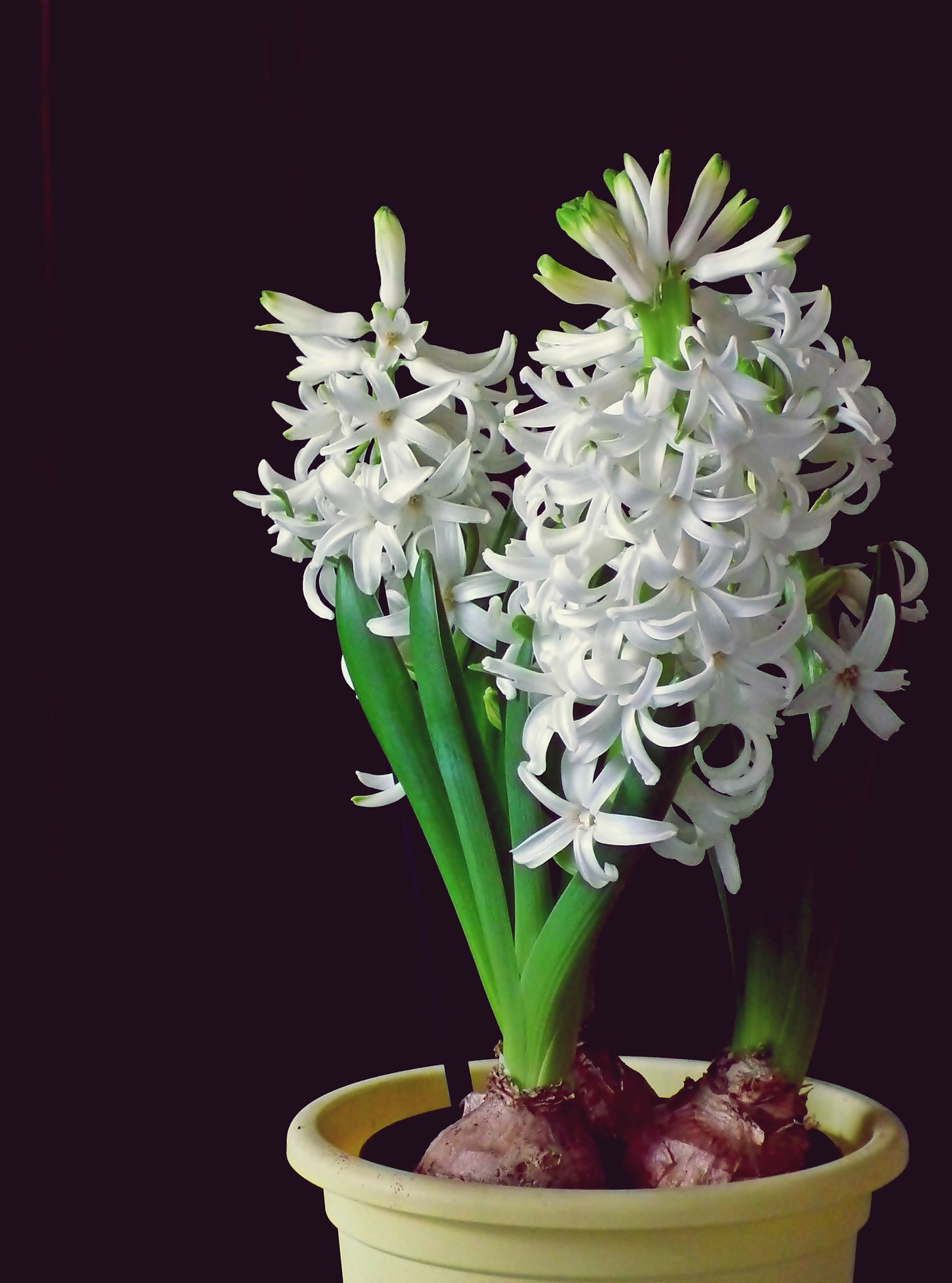 COLUMBIA, Mo. – While we can’t rush Mother Nature, we can give her a gentle nudge by forcing spring bulbs indoors for an early show of color.

“Spring bulbs have a chilling requirement, meaning they must be exposed to cool temperatures before they will flower,” he said. “Forced” bulbs are those made to flower at a time other than their normal time. “This practice is used to flower narcissus (daffodils), hyacinths, tulips, crocus and other spring-flowering bulbs in containers during the winter.”

Trinklein says the forcing process is relatively simple. There are five basic steps:

The procedure for forcing all species of spring bulbs is similar. Start by purchasing only large, top-quality bulbs. Good bulbs contain the stored reserves necessary for successful production of roots, leaves and flowers.

Narcissus. Cultivars of narcissus most suitable for forcing include Rembrandt, Cragford, Golden Harvest, King Alfred and Carlton. Paperwhites are a form of narcissus that can be forced either in pots or water without chilling.

Tulips. Nearly any cultivar of tulip can be forced into flower early. Pot tulips before the end of October for adequate root growth and chilling. Most cultivars flower about four weeks after they are removed from chilling treatment and brought indoors, although there is variation according to cultivar and forcing conditions.

Hyacinths. Most consider hyacinths to be the easiest spring bulb to force. In October, put bulbs in a growing medium or in water so that the base of the bulb is always wet. Plants will flower about four weeks after being taken out of the chilling treatment (described later) and brought indoors.

Whatever the species, bulbs usually are potted in October. Use azalea or bulb pots 4-8 inches in diameter, according to the species. Although equal parts of garden soil, peat and sand can be used, soilless media containing primarily sphagnum peat, perlite and vermiculite can yield excellent results. These mixes have the advantage over soil of being biologically inert and offering better drainage properties than soil-based mixes.

Add enough potting medium to fill the pot so bulbs are planted as follows:

• Narcissus – Plant so that about half of the bulb will be above the soil line after watering and settling. Use five bulbs per 6-inch pot.

• Hyacinths and tulips – Allow only the tip of the bulb to show above the soil line. Use three hyacinths or six tulips per 6-inch pot. Place tulips in the pot with the flattened side facing toward the outside of the pot to insure a uniform flower display.

• Small bulbs (e.g., crocus) – Plant so they will be about an inch below the soil line. Use 15 bulbs per 6-inch pot. Label each pot with cultivar, planting date and expected forcing date. Water thoroughly.

After potting and watering, place hardy bulbs where temperatures will range from 35 to 40 degrees Fahrenheit. This might be a cool north room, basement, bulb cellar, outdoor trench, cold frame or refrigerator. If using a refrigerator, do not store food in it while bulbs are being chilled.

The purpose of this stage is to allow bulbs to produce a healthy root system and elongate their flower primordium in advance of being forced to bloom. If placed outdoors in trenches or cold frames, bulbs need at least three weeks of favorable temperatures (around 40 F) before the first hard freeze. Most cultivars need 13-14 weeks of chilling treatment to develop needed root growth and flower primordium development before being forced into flower.

The actual forcing of the plants into flower indoors adds another three to four weeks to total forcing time, depending on species and forcing conditions. If the potting medium and tops are frozen when brought indoors, place them in a cool room at about 40 F for two to three days to thaw slowly. If plants are not frozen, place in a cool, bright window where temperatures are in the 60 F range. Keep there until nearly ready to bloom. Water but do not fertilize during this stage.

When flower buds are almost fully developed, move pots out of the bright window and into the area where they are to be displayed and enjoyed. Don’t place them close to a heater or in direct sunlight. Lengthen the life of the flower by moving the plants into a cool room each evening. Unfortunately, bulbs that have been forced indoors are of little value for outdoor planting and probably should be discarded after their bloom period is over.

Hyacinth. Photo by Teodor via pixabay.com.

Hyacinth. Photo by Teodor via pixabay.com.