Wildlife management success begins with planning. Important first steps are to identify and document management objectives and to gather sufficient data and information to analyze and understand the current natural resource conditions on the property. Although there were opportunities to enhance the habitat for a variety of species at the MU BREC, management practices were initially developed to address the habitat needs of bobwhite quail.

Bobwhite quail need a diversity of habitat types throughout the year for feeding, nesting, brood rearing and escaping predators; loafing; and protection from harsh weather. Habitats that provide for these needs will have mixtures of early successional plant communities dominated by herbaceous vegetation such as annual weeds and forbs, legumes, grasses, grain crops and shrubby cover all interspersed closely together.

The MU BREC property was evaluated to determine the existing habitat conditions and to identify habitat components in short supply — the limiting factors — that needed to be addressed to potentially increase the number of coveys. 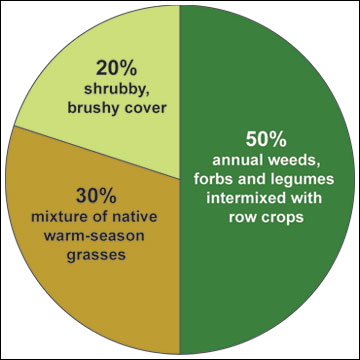 Figure 8. The ideal bobwhite quail habitat has a mixture of these plant communities, interspersed closely together.

The first step in habitat appraisal is to determine your population goals for bobwhite quail. For instance, your 100-acre farm may currently provide habitat for one or two coveys, but your goal is for it to support four coveys. An aerial photo of your property can help you identify conceptual home ranges — areas in which to initially focus your management efforts.

This process was used to identify locations to focus management activities at the MU BREC. Using aerial photos of the farm, we identified six conceptual home ranges for bobwhite quail, and our initial management efforts were focused in these areas (Figure 9). 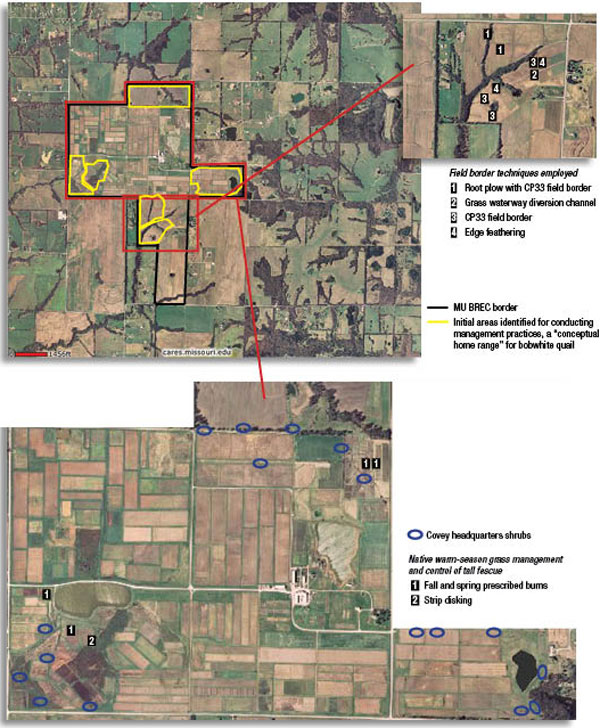 Figure 9. Aerial photos of your property, such as the one we used of the MU BREC and surrounding landscape, can be used to help identify areas in which to focus initial bobwhite quail habitat management efforts. Locations for conducting select habitat management practices that addressed limiting factors are identified on the photos.

The limiting factors, or habitat components in short supply, were identified within each of the conceptual home ranges to provide a basis for making management decisions. Brood-rearing and escape cover were most limiting and were therefore the two habitat components that needed to be initially addressed within each of the conceptual home ranges as well as across the entire farm. In addition, existing nesting cover needed to be improved for optimal use. The habitat conditions on the farm had the following general characteristics:

Figure 10 depicts several of the existing habitat conditions that needed to be addressed for bobwhite quail. Table 1 describes the habitat limitations found on the MU BREC and the management actions that were taken to overcome them. 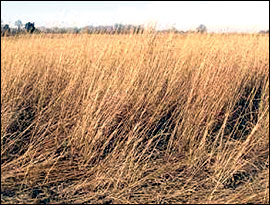 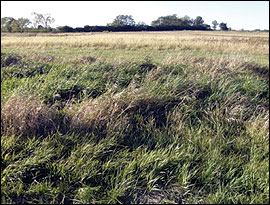 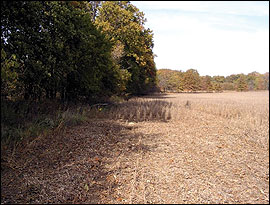 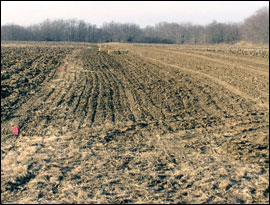 Figure 10. Examples of habitat limitations that needed to be addressed when managing for bobwhite quail: (left to right, top to bottom) unmanaged stands of warm-season grasses; nonnative cool-season grasses; no transition zone or field border between crop field and woodland; and lack of shrubby cover.