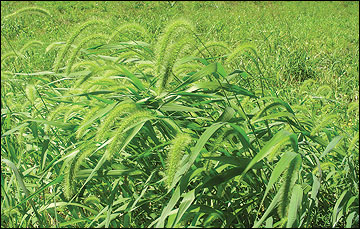 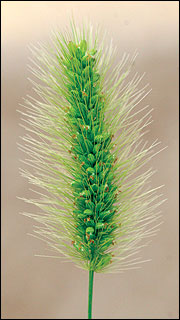 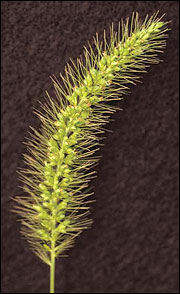 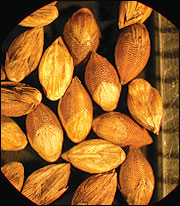 Most of the foxtails found in the Midwest are native to Europe and Asia. They are annual plants generally considered to be weeds. The common name comes from the appearance of the seed head, which suggests the bushy form of a fox's tail. Foxtails respond well to soil disturbance, especially in the spring. Height at maturity varies by species, but is generally 1-3 feet.

Foxtails are readily used as food by bobwhites. They often occur with other annual weeds in disturbed areas and respond best to spring disking. This response makes foxtail a nuisance in food plots or new grass/forb plantings. Foxtail grows quickly, making it attractive for brood rearing, but heavy stands choke out other plants and tend to lack diversity. It is best with other annual grasses and broadleaves as part of a diverse early successional plant community. Bobwhites roost in foxtail patches early in the fall, but the weak-stemmed structure of the plant makes it prone to flattening from winter rains and snows. Patches of foxtail are generally unusable as cover by late winter, and seeds are unavailable in deep snow.