For programs that are out of this world, support Mizzou Giving Day 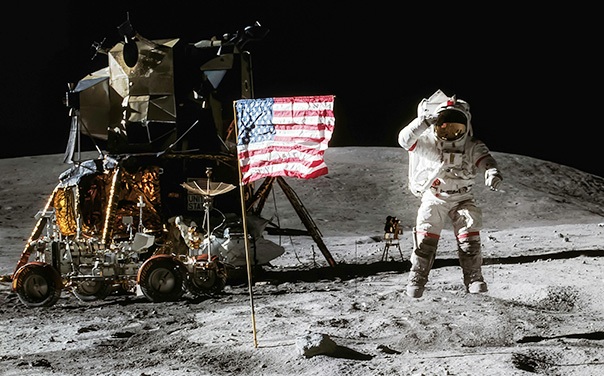 Outer space is what first brought Ron Boain together with MU Extension's Osher Lifelong Learning Institute as a learner, instructor and donor.

Not long after he and his wife Catherine retired and returned to Columbia, Missouri, Ron spotted an Osher brochure at the bank. A course about the Apollo 11 mission, commemorating its 50th anniversary, particularly caught his eye.

Since that initiation, Ron and Catherine have taken one or more courses a semester — up to three to four a week during COVID-19 restrictions when Osher has proved a vital link keeping older adults engaged and connected. "It's been a wonderful way to see and talk with people," Ron said.

The variety and diversity of offerings inspires him to explore other areas of study.

"The Poetry of Climate Change, for instance. I hadn't read a poem in years, but the subject matter seemed so incongruous, I had to see what it was about. And I really found the course fun and interesting," he said. A foreign policy course immersed him in intricate details about the 1840 Mexican-American War. In a TED Talks course, "you hear opinions and discuss ideas that don't necessarily align with your own. That's a good thing."

Before he knew it, Ron himself was designing and teaching a popular Astronomy from Your Back Porch course for wannabe stargazers who have a natural curiosity about celestial objects and sights seen in the night sky from their home.

Now he is "working feverishly" on a more challenging course that will introduce learners to the history of astronomy from the Babylonians and Greeks up through the 16th century Renaissance, the so-called "naked-eye observational era."

"No one is too old to learn, to ask questions and try to understand the world in which they live," Ron said. "Osher provides an opportunity for people to do just that."

The Boains, generous donors to the Department of Physics and Astronomy in the MU College of Arts and Science, support Osher, as well. "We want to give back to the university. Education is the key to future, and I am a believer in education for peoples of all ages," Ron said.

At 4-H we give young people like Troy Ludwig the opportunity to build the leadership skills they need today to succeed in the future, but we can't do it without you.